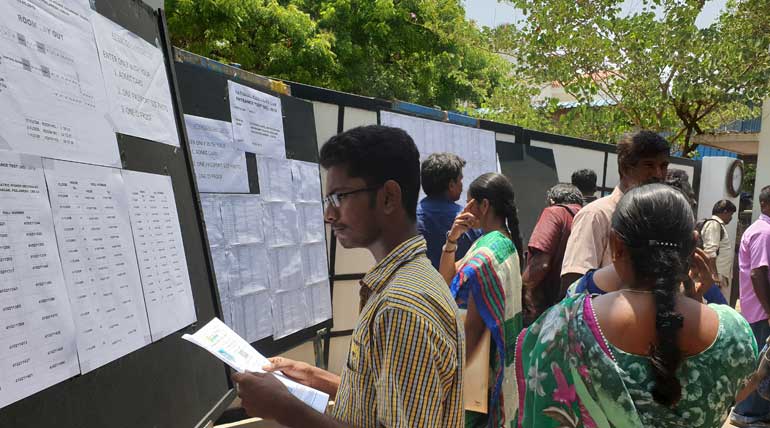 NEET 2009 results today - NEET boon or bane for Tamil Nadu students: Today is the big day for more than 15 lakh students across India as the results of NEET to be announced today. For the 66000 MBBS and BDS seats, all these students will be biting their nails to know the results. NEET 2019 is the 7th year of its implementation for medical seats across India.  Previously all the state governments were allotting the seats to the students based on their higher secondary exam marks.  But from 2013 it is brought under one umbrella as NEET or National Eligibility Entrance Test for all the Indian students. In 2019 two lakh more students wrote the exam than in 2018.  AIIMS and JIPMER will not come under the purview of NEET.

NEET & the difficulty of Tamil Nadu students: The big challenge for Tamil Nadu students is that they study state syllabus. But NEET is based on CBSE syllabus. Since CBSE schools were all over India but less in Tamil Nadu.  It was because medicine seats before NEET were allotted as per the state curriculum of higher secondary marks. But since NEET was introduced, students find it challenging to cope up with the CBSE syllabus.  Suddenly they cannot gear up for it. It has to be taught from primary level to reach the higher secondary level. Hence for the past few years, many students with talent but lack of CBSE exposure were not able to fulfill their dreams. A daughter of a daily wage earner in Trichy, Anitha even though got 1175 out of 1200 in the higher secondary was not able to clear NEET.  She committed suicide. NEET was one of the reasons that BJP did not even get one seat in Tamil Nadu.  Congress president announced NEET would be implemented only for states which opt for it.  It made Congress win 9 out of the ten seats in Tamil Nadu.

How to solve the NEET problem in Tamil Nadu? Since CBSE is the curriculum, many CBSE schools are popping up in nook and corner of Tamil Nadu.    But again it will take some time for them to be fluent with CBSE syllabus. This year more than 1.5 lakh Tamil Nadu students wrote NEET exam.  Nearly 20,000 students trained for NEET exam by Government coaching center for NEET.  Also, unlike last year, students were not made to run to other states to write NEET exam. But, the hazardous checking during entering NEET exam halls continued this year.

The exact timing of the result today is not yet announced.  Students have to wait patiently until the results pop up in ntaneet.nic.in. Also, students should realize NEET alone is not an option, and there are thousands of better options which could change life far better than NEET.