Mettur Dam: Tamil Nadu CM Released the Water to the Delta Region and Dam touches 101 feet for the 65th time 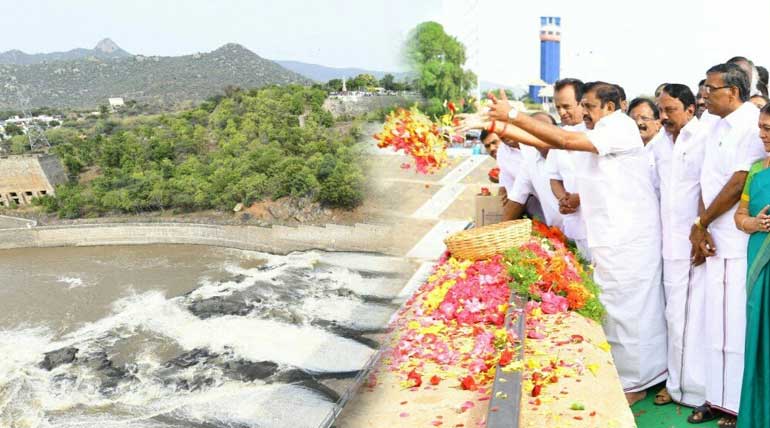 Mettur Dam: Tamil Nadu CM Released the Water to the Delta Region and Dam touches 101 feet for the 65th time

With this unexpected water flow, the water level in the Mettur dam has reached 101 feet in the morning hours. Since Karnataka has reduced the water supply from the agreed levels, Mettur dam going forward will face less water supply. As of now, farmers are very happy in the delta region. With surplus water flow in the Mettur dam, the chief minister made an announcement to release the water to the delta region from today. Thanjavur, Trichy are going to be the beneficial regions with the copious water supply. The yield is expected to get balanced. Karnataka's heavy rainfall balances Tamil Nadu's scarce monsoon season.

"Nature cannot be owned" is what the say is. Though Karnataka is restricting its flow and raise concerns every now and then to supply Cauvery water to Tamil Nadu, it does have no other option except to let the Cauvery water out. Either allocate or inundate is what nature instructed the state. People in low-level areas are moving to a safer site due to flood threat. Come what may, farmers in Thanjavur, Trichy and other areas have now a pre-Diwali celebration.