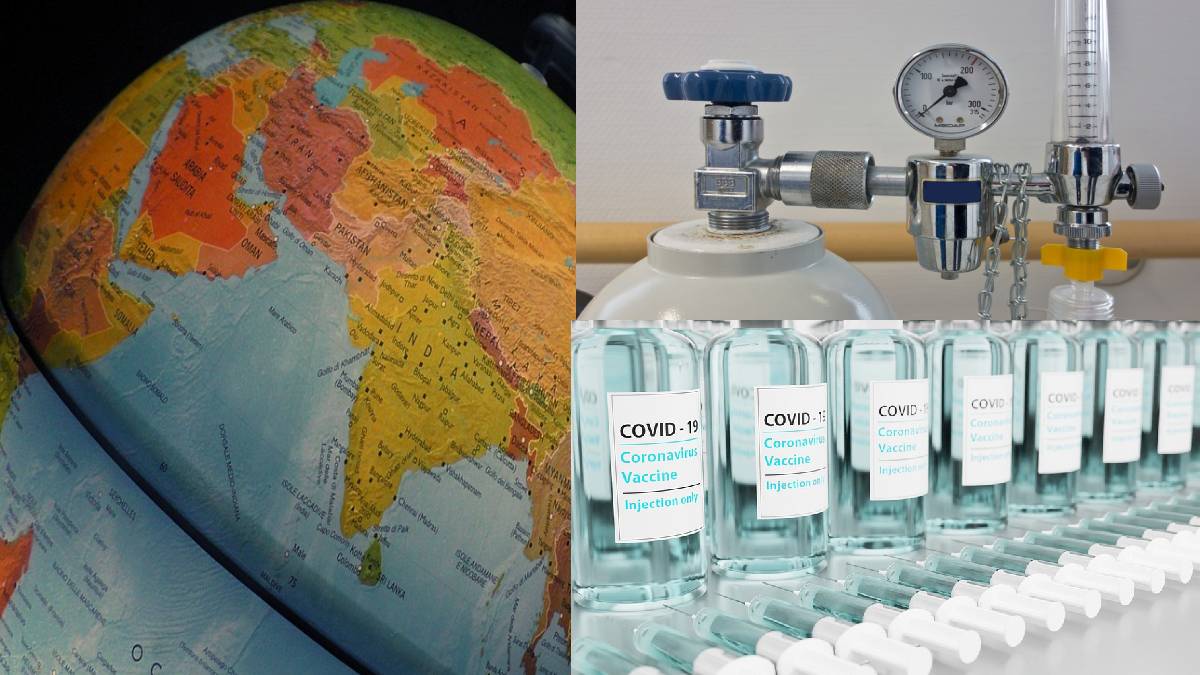 Other Countries announced to help india with COVID Crisis

The second wave of Coronavirus is accumulating dead bodies in New Delhi. More than 350 dead bodies are cremated in a day which is hard to accept. The worse part is that the dead people's family members are not coming to receive the body being scared of the virus.

The nation is fighting hard against the COVID 19, which is continuously pulling the strings of lives. The oxygen supply has bit increased with the help of shouldering hands.

The other countries are coming forward to help with the supply of medicines, oxygens, ventilators, COVID suits, and the essentials. American President Joe Biden has said that their country will supply the ingredients for Remdesivir.

"We are sending a whole series of help that he needs, including providing for those Remdesivir and other drugs that can deal with this... We are sending the actual mechanical parts that are needed for the machinery they have to build a vaccine, and that is being done as well," says Joe Biden at the White House on Tuesday.

"I've discussed with him (Mr. Modi) when we'll be able to send actual vaccines to India, which would be my intention to do." This statement from Joe Biden gained respect and gratitude from India.

List Of Countries Helping India With Oxygens, Medicines, And Ventilators

Germany has sent 23 mobile oxygen generation plants to be used in military units tending to Covid-19 patients, and these plants are expected to arrive in India this week.

The Saudi Arabia government has sent 80 metric tons of liquid oxygen, and the UK  provided 140 ventilators and 495 oxygen generators to Delhi. Singapore has given four cryogenic oxygen tanks to India via the Indian Airforce.

Australia has announced to send oxygen, ventilators, and personal protective equipment (PPE) kits to India as part of an immediate support package. The airlift of the second lot of oxygen containers from Dubai & Singapore reached yesterday.

The shipments are airlifts speeding the process for the quick supply of a sufficient number of oxygen cylinders. The continuous deaths are affecting people's mental state, and it is aching to see the cremation of children and youngsters.

The persons who cremate are in tears seeing the death of so many people, especially the young ones. The crematories are almost full, and they said if the death keeps increasing then, the cremation can be done only on roadsides.