Davinder Singh, the DSP of J and K Arrested with Militants is Under Investigation 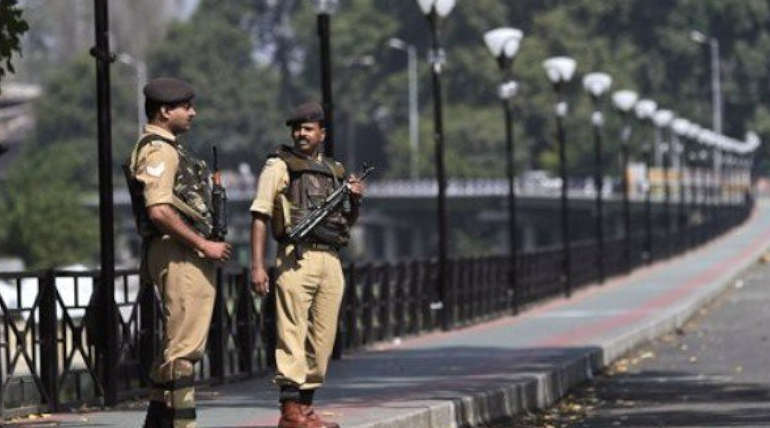 Davinder Singh, DSP of Kashmir police on January 9, was one of those who received the foreign envoy, which came to oversee the situation in Kashmir. One day later, on January 11, he was driving dreaded terrorists to Delhi. Now along with the two terrorists and another underground worker, he is now behind bars. There is no internet for the past five months in Kashmir, and the government says it is to curb terrorism in the state, and three former chief ministers are still under house arrest for the past five months.

DSP Davinder Singh working in the anti-hijacking unit in the Kashmir police, was last year awarded the President's Medal for gallantry. Now he is in prison for taking two dreaded Hizbul Mujahideen militants and another underground worker to Delhi in the car. Already in 2001, Davinder was accused by Afzal Guru, who was hanged in 2013 for attacking the parliament. During his interrogation after the attack, Afzal has named Davinder Singh to have tortured him to take one Mohammed from Kashmir to Delhi one month before the December 13, 2001 attack on the parliament.

Police have recovered AK47 rifles and grenades from the car that the three, along with Davinder was going to Delhi. Also, other AK47 guns and weapons were recovered from his house in Srinagar.

How come an officer who was named by the main preparator of the 2001 parliament attack, who was hanged for the crime, was given the president's gallantry medal. How was he able to receive the American Ambassador on January 9, standing behind the foreign envoy when their plane landed in the airport.

Vijay Kumar IG of Kashmir police said that Davinder has worked in many anti-militancy operations. But he was captured on January 9, driving militants in a vehicle is a heinous crime. That is why we have treated him like other militants and arrested him, and the interrogation is going on.