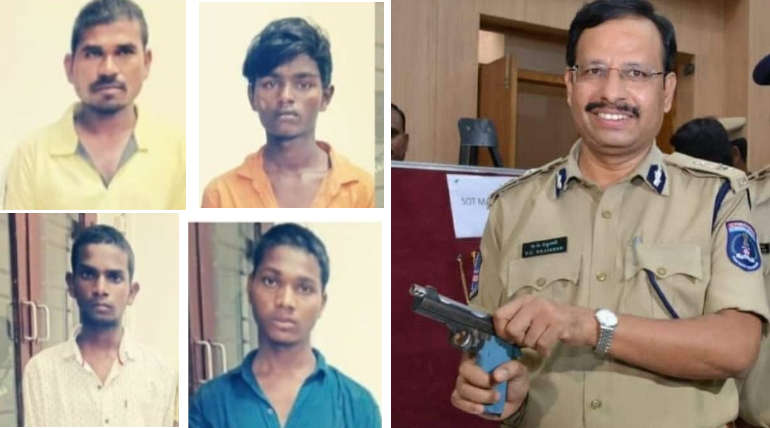 The Hyderabad police have confirmed the news shortly after the incident. Coincidently, the Superintendent of Police  V.C. Sajjanar has taken responsibility for the encounter like he did in Warangal Encounter, 2008.

According to the police officials who were investigating the case, the four arrested were killed in a shoot out when they tried to escape. The four were taken to the crime spot on Friday, December 6, 2019, to detail the crime.

While the whole nation is terrified about the rape and murder of Hyderabad Vet and asking justice for her, Cyberabad police seemed to have stepped in action, which is completely unexpected.

Now the social media is rejoicing and supports the police action.