E-cigarette sales including online banned with immediate effect in India 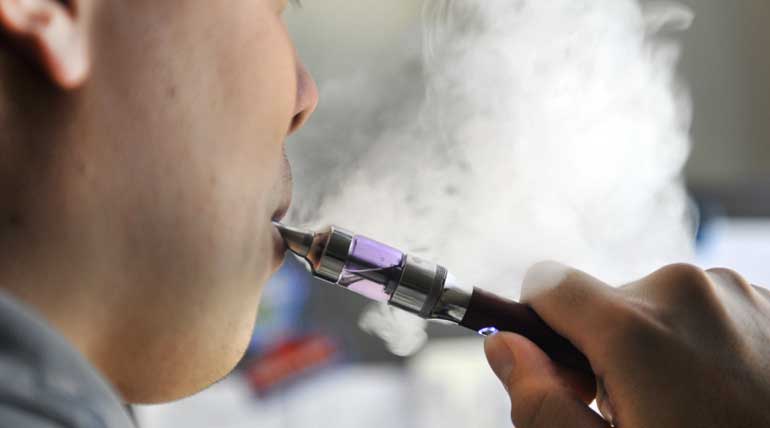 E-cigarette sales including online banned with immediate effect in India

E-cigarette sales including online banned with immediate effect in India: Finance Minister Nirmala Sitharaman announced a ban on the sale and use of e-cigarettes in India with immediate effect. She made the announcement in the just concluded press conference. She said the cabinet today approved the ban and an ordinance will be passed in the next parliament to make it into law.

The reason for the ban is said to be the dangerous health hazards of e-cigarettes which was brought into India in the pretext of avoiding smoking dangers. The ban will be applied for both online and offline sales of e-cigarettes. It will be a welcome relief to many parents of the youth who have been made nicotine addicts by e-cigarettes.

Recent news in USA says "Vaping: E-Cigarette is No More Safe and Cause Severe Lung Disease"

What is an e-cigarette? During the mid 20th century, Philip Morris, the major American cigarette manufacturer brought this e-cigarette as an alternative to traditional cigarettes. But the net dangerous effects of nicotine are the same in both but without burning of tobacco. Though not licensed in India, with its easy availability online, it has become popular among the youth and many have become addicts of e-cigarettes.

Fines and imprisonments on e-cigarettes:

Finance Minister Nirmala Sitharaman in her fourth press conference after the GDP going down to the six-year low of 5 %, announced this ban on e-cigarettes. It will be a sure welcomed by many parents, health experts, and will save a lot of people from becoming addicts and having health hazards due to e-cigarettes.