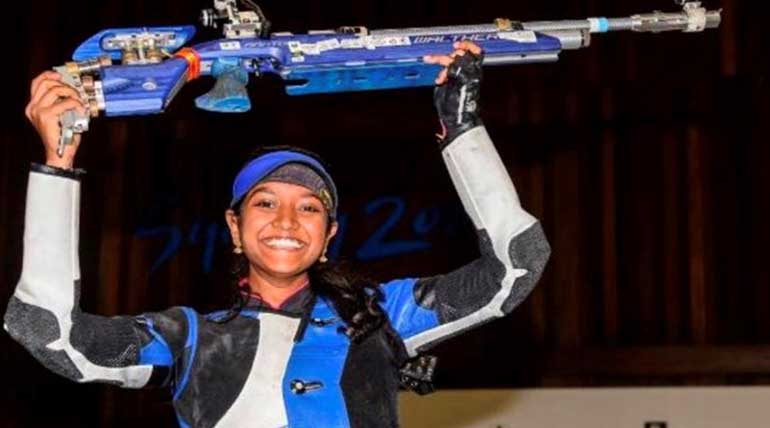 Elavenil Valarivan joins the elite club of world cup gold winners in shooting, as only its 3rd gold winner in the category. She is only 20 years, and this is her maiden senior world cup gold victory in 10 m air rifle category in Rio.  ISSF or international shooting sport federation rifle/pistol world cup is being conducted now at Rio de Janeiro in Brazil from 26th August to 3rd September.

Young Elavenil based in Ahmadabad, was a successful shooter at the junior level world championships last year where she won silver. She also won gold in Suhl junior world cups in 2018 & 2019 and also in Sydney in 2018. Yesterday in the senior category of ISSF world cup she scored 251.7 to beat her closest competitor Seonaid McIntosh who got 250.6 scores. . She also won the gold at the Asian Championships this year in Taoyuan, Chinese Taipei. She won it beating the previous world cup winner Chandela by scoring 250.5.

Elavenil in the elite club of world cup gold-winning shooters in India:

Elavenil Valariven joins the elite club of world cup gold-winning shooters in India. She is the third to win the world cup rifle/pistol shooting. The other two being Anjali Bhagwat and Apurvi Chandela. Anjali won the world cup in Fort Benning in 2003. Chandela won it twice in New Delhi and Munich world cups earlier this year. Elavenil has won this world cup gold only on her fourth appearance. Her previous best was coming fourth in the Munich world cup, where she narrowly missed out the bronze medal.

On Sunday, 25th August P.V. Sindhu won the gold cup in badminton world championships. Now it is the time for the Indian golden girls like Sindhu, Elavenil, Chandela among others to shine bright in the international sports arena.