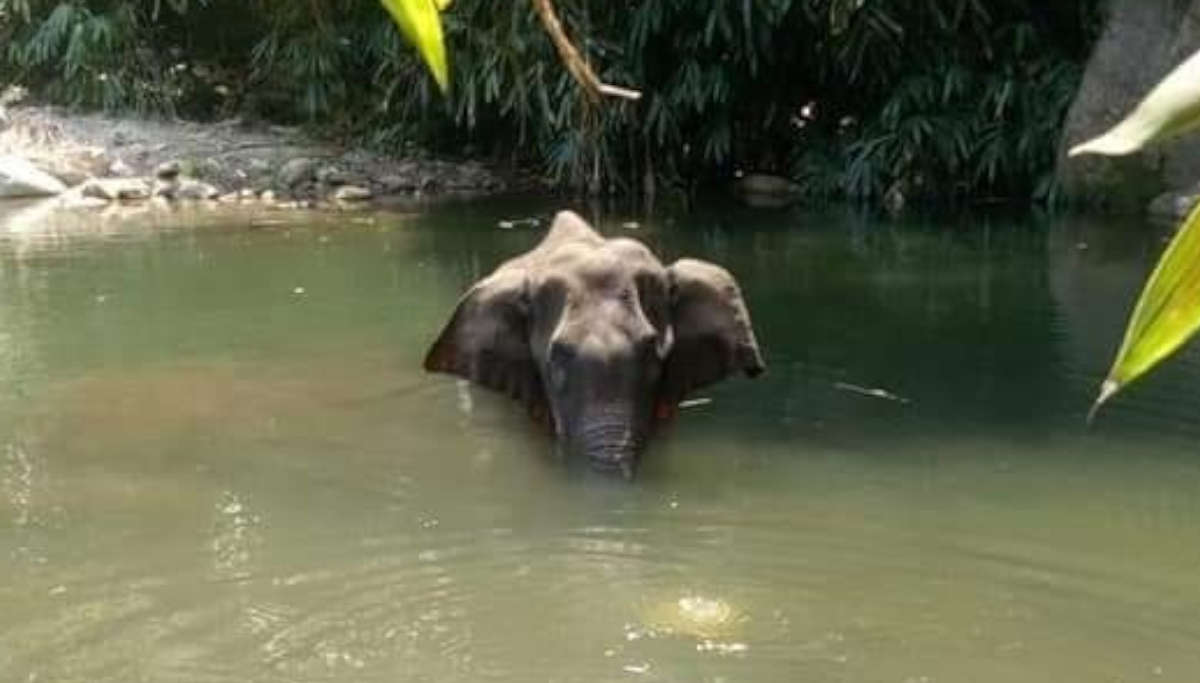 A few days ago, an elephant was roaming around Malappuram, Kerala. Today, the sudden death of that elephant that wandered around the fields, water bodies, and forests was a shock to many. The Malappuram district forest official has posted the reason for this on the social website. In it, "a wild elephant comes into town in search of food. Some people have given it a pineapple with crackers in this context. When it was bought and eaten, the fruit exploded."

This caused the elephant's mouth and tongue to become infected. The mother elephant may be very troubled, considering the position of the baby elephant in the stomach. But it did not hurt anyone who saw it along the way.

Injury to the mouth made the pregnant elephant unable to eat anything for the next few days. The elephant descended into the river for survival due to hunger. Over the next few minutes, the pain became unbearable. Its life in the river has split. We were informed of this and rushed to the scene. We loaded the elephant into the truck and took it into the wild.

An autopsy was conducted with the help of doctors. Only then did we know there was a baby in its belly. This incident left us traumatized. Then we paid homage to the elephant and bowed down. He mentioned that I am recording this incident with great pain. Many people are posting their pain after counting the deaths of elephants after the post went viral on social media.

If elephants enter the city, it may be due to human encroachment on its habitat. For that, he must try to chase the elephant back into the wild. The demand for many is not to show such evil intentions.