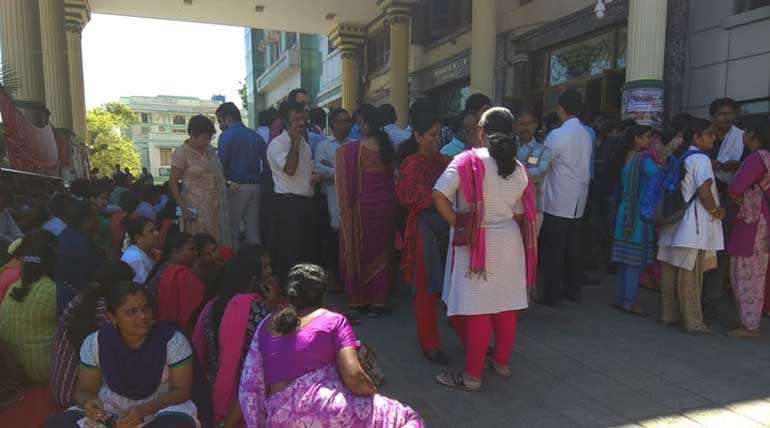 Health Minister Vijayabaskar, thank the doctors for accepting to call off strike: After an amicable solution obtained after the eight hours marathon meeting, Vijayabaskar spoke to the Press. He thanked the government doctors for calling off the strike and for the amicable solution. He said that the doctor's salaries would be raised by implementing Government Order 354. He said that to finalize the four demands of the government doctors, Senthil Raj IAS, who is now the AIDS Control Association Plan director has been appointed.

The coordinator of Government Doctors Association, Lakshmi Narasimhan spoke to the Press, after calling off the strike:

- He said that having full faith in the health minister's assurance which had the approval of the chief minister, they have called off the strike.

- He was optimistic that even before the six weeks time scheduled for settling the demands, it could be yet resolved earlier.

- A comprehensive review of all the prospective clauses is to be done with a proper mechanism.

- Also, a survey every two weeks of the progress of the evaluation will be conducted.

Following the amicable talks, the hunger strike of five days by six medicos was called off. The government hospitals started to function normally to significant relief of the ailing sick patients. This fast step to obtain truce by the health minister and the office bearers of the government doctors association is commendable.