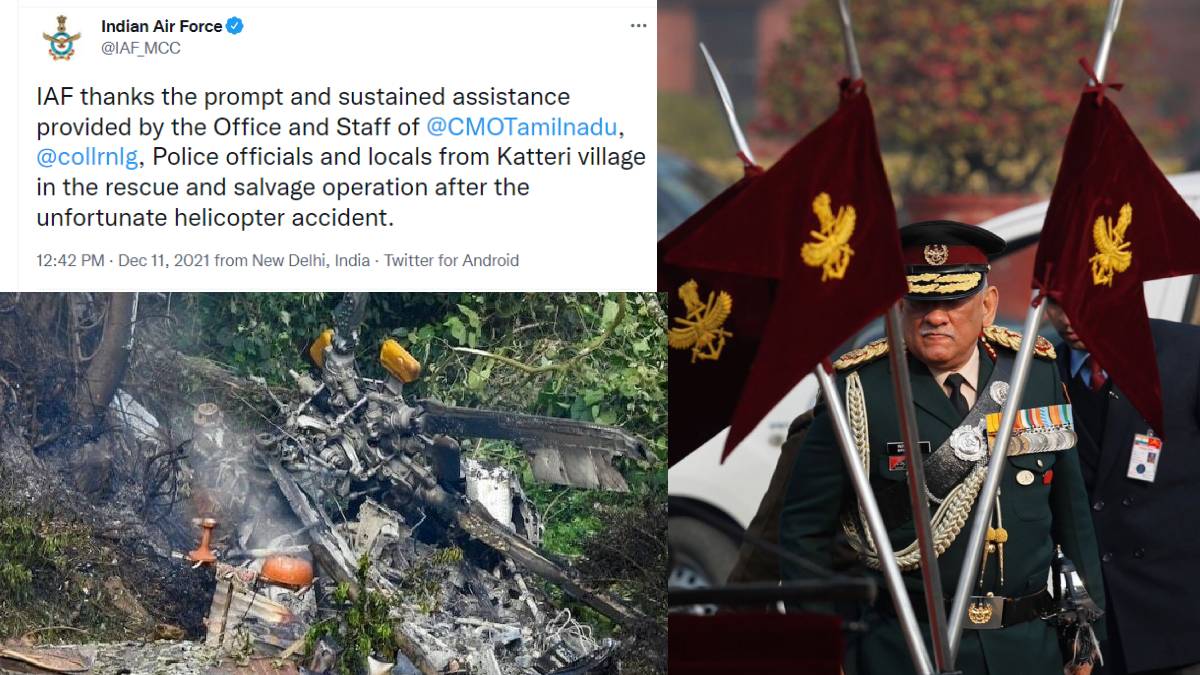 A helicopter carrying CDS General Bipin Rawat crashed near the Kattery area of ​​Coonoor in the Nilgiris district. Thirteen people, including Bipin Rawat and his wife, were killed in the chopper crash. Their final ritual was done yesterday.

An Air Force team led by Air Marshal Manvendra Singh is continuing the inspection on the orders of Defense Minister Rajnath Singh. The black box has already been taken away. Important things from the chopper crash location were done yesterday. The drone was also operated to investigate whether there were helicopter parts elsewhere.

Hospital sources said that Group captain Varun Singh, who survived the helicopter crash, sustained severe burns but is in stable condition. He has been admitted to the Air Force Hospital in Bangalore, Karnataka. According to hospital sources, Varun Singh is in critical condition despite sustaining serious injuries.

The Chief of Tamil Nadu Chief Minister MK Stalin thanked the people of the Nilgiris for their timely assistance in the rescue and treatment of the helicopter crash. IAF has tweeted on its official Twitter page, "IAF thanks the prompt and sustained assistance provided by the Office and Staff of @CMOTamilnadu,@collrnlg, Police officials and locals from Katteri village in the rescue and salvage operation after the unfortunate helicopter accident."

IAF thanks the prompt and sustained assistance provided by the Office and Staff of @CMOTamilnadu, @collrnlg, Police officials and locals from Katteri village in the rescue and salvage operation after the unfortunate helicopter accident.