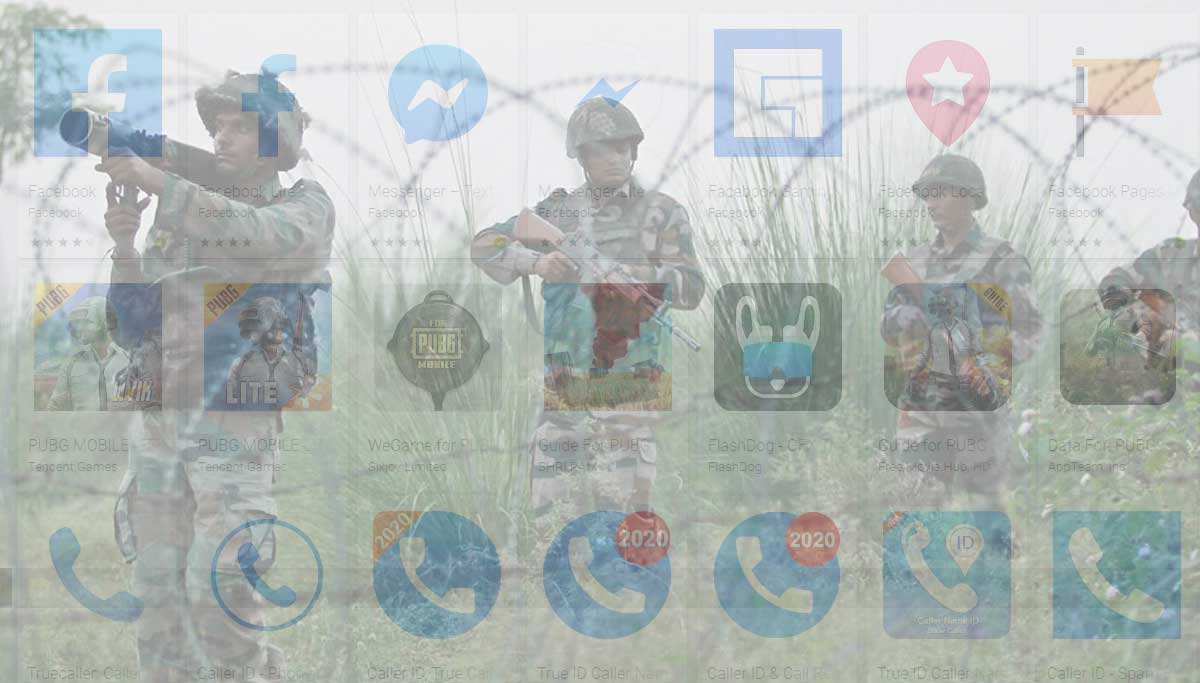 Indian Army Directives suddenly warned their 13 lakh personnel to uninstall social apps via tweet as follows "Indian Army has asked its personnel to delete 89 apps from their smartphones including Facebook, TikTok, Truecaller and Instagram to plug leakage of information: Indian Army Sources".

India and China battle made the Central Government to undergo a cold war and 89 Chinese based applications have been banned spontaneously before 10 days expressing the regret.

On Wednesday, Indian Army made this firm decision on deactivating several apps such as Facebook, Instagram, Truecaller along with the 59 Chinese apps by July 15 due the scamming of secret national messages handled by Navy and Army directives. Alongside, the government ordered the soldiers to uninstall dating apps like Tinder, Happen, Trulymadly and much more in the banned list of China.

Banning Tiktok by India created hike all over the Indian nation and also the Chinese owners as the government spelled openly about their regression to China via technical disparities. Crores and Crores flood to Chinese app owners from India mainly via TikTok due to the millions of users and viewers entertainment.

Transfer of Defence Ministries information outside the nation are high in number in recent days as the Pakistani and Chinese agencies are trapping secretive data.

To compensate for the lack of content creating and entertaining apps in India, Instagram has started testing Reels apps to fulfill the short video forms and to act as a platform for millions of talented people to become stars all over at a faster rate.

The camera holding feature to create short video content in Reels has undergone suggestions from the users of initial testing countries like Brazil, Germany and France to reform the Reels feature as separate like IGTV.

However, Reels virtual mode in India will really gain attention as expected due to the ban of Chinese entertaining applications.

Alongside, Prime Minister Narendra Modi ordered e-commerce sites like Amazon and Flipkart to add the origin of their selling products. This move has been initiated by the Ministry of Commerce and Industry as a huge step to move on the ban of Chinese goods with a deadline of August 1 for the effect. However, official confirmation on the deets is not flashed yet.