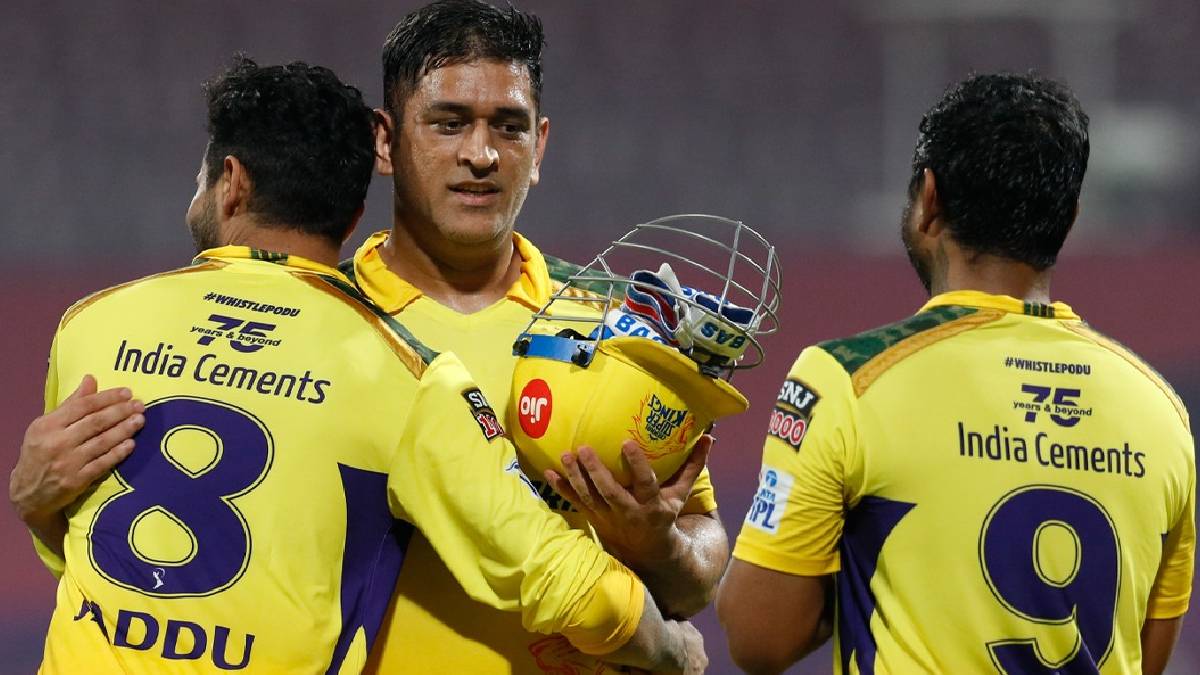 Chennai won the toss and took the field. Mumbai's play-off dream came to an end with their 7th consecutive defeat. Thala Dhoni is currently ruling the social media by giving a stunning finish in yesterday's match against Mumbai Indians.

The Mumbai team starting itself was unsuccessful. Captain Rohit Sharma (0) was out in the 2nd ball of the first over by Mukesh Chaudhary. Ishant Kishan (0) split in the fifth ball. Suryakumar Yadav, who started his run by sending the ball to Mukesh for a four, was bowled by Mitchell Santner for a four. Mumbai lost three wickets for 23 runs.

At the end of the 'Power-Play' over, Mumbai were 42 for 3. Suryakumar (32) was caught in a 'spin' by Santner when he added 24 for the fourth wicket. Tilak Verma hits a six in the 11th over off Jadeja. Hrithik Shokeen (25), who chased down Jadeja and Santner balls for a four, was bowled by Dwayne Bravo.

In the last overthrown by Bravo, Unadkat hit a four and a six. Mumbai scored 155 for 7 in 20 overs. Tilak (51) and Unadkat (19) were unbeaten. Mukesh took three wickets for Chennai. Chennai began its show with a stumbling start. Ruturaj Gaikwad (0) was out on the first ball thrown by Daniel Sams.

Chennai needed 17 runs to win the last over. Pretorius (22) was dismissed in the first ball of the 20th over by Unadkat. Bravo took a run on the next ball. Dhoni blew the third ball for a six and hit a four off the fourth ball. Dhoni scored two off the fifth ball to seal the victory with a four off the last ball. Chennai won by 156 for 7 in 20 overs. Dhoni (28) and Bravo (1) were unbeaten.

In the IPL, the Chennai team topped the list of teams that have won the last ball most times in the arena. CSK has chased the last ball eight times so far and won. The next four places are Mumbai (6 times), Rajasthan (4), Punjab (3) and Bangalore (3).

This victory of CSK is a huge joy, and the CSK fans are celebrating the victory vibe on social media by posting pictures and memes. Hashtags Thala, Dhoni, Mahi, CSK and Whistle podu are trending on social media.