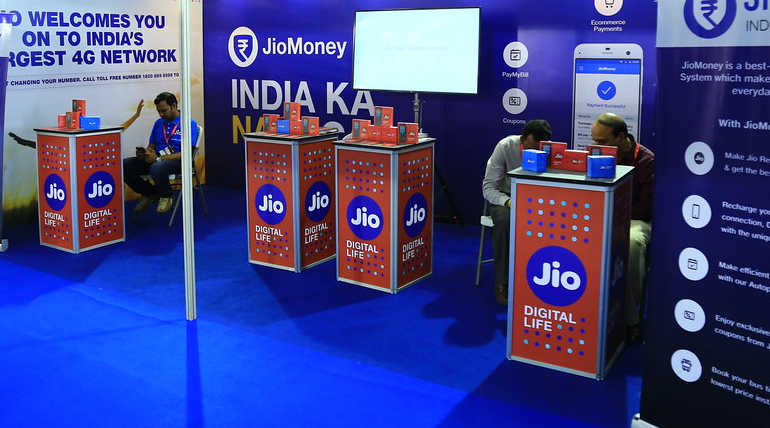 Jio raises rates by 40 % from 6 December but still 25 % lower than rival networks: If you are one of the 355 million Jio network users, from tomorrow, 6 December, you have to pay 40 % more on your next recharge. It is the newly revised plan of Jio announced recently.

To reason the price rise with, there are said to be sops of 300% more benefits announced by Jio. The much-hyped free use, which made Jio have the lion's share of the 4G users in India, is now also charging indirectly for the calls.

The Mukesh Ambaniâ€™s Reliance group ventured into the telecom sector through the Jio network in a big way in 2016. It was after the failure of his brother Anil Ambani's RCom's bankruptcy. Jio made the other data and voice producers like Airtel, Vodafone, Idea, and others to run for their money.

But the customers were happy to the hilt and enjoyed unlimited free calls across India and extended free data usage. Only Airtel, Idea and Vodafone were able to sustain this rate war with shedding their profits to be on par with the Jio benefits.

Now with Vodafone, Idea, and Airtel raised their rates from December 3, 2019, Jio is following suit from December 6. But even after the raise of tariffs tomorrow, its price will be 25 % cheaper than the others. Also, there are increased added benefits of calling other networks without being charged for 1,000, 2,000, 3,000, and even 12,000 minutes as per the new plans. It is after Jio started charging its customers six paise per minute for calling other networks.

The most affected Jio customers are those who opt for the 84 days validity plan. The price has been increased from Rs.399 to Rs. 555 and also a reduction in the data usage from 2 GB to 1.5 GB.

But Jio users will have to pay whatever Jio is charging as this is one of the oldest marketing tricks to make users enjoy the benefits free and then charge them accordingly.