Hindi Imposition: Respect for language can't be forced but to be earned - Kamal Haasan 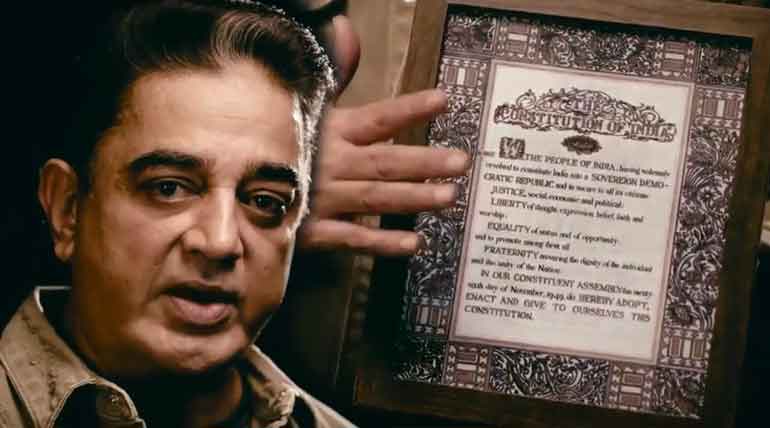 Hindi is the national language of India. But it doesn't mean that the language learning has to be forced in other states unless they are looking forward to know it. But directly and indirectly this is happening, and especially in Tamilnadu, the extent of forcing the Hindi language is very high. Kamal Haasan, the famous actor, politician, socialist, voiced out audaciously that nothing can be forced but earned. India is a democratic country, and it was not easy to get this nation democratized. The samrats were to withdraw their power, a lot of people had to lose their lives for attaining the same. In 1950 we got a republic, and our country was declared as a democratic country.

The Indian government was formed promising that anything to be implemented will be discussed with people. With people's consent, it would be declared and implemented. Kamal highlighted that it is all good to be one India, but the culture, tradition and language are owned and cannot be foregone. Jallikattu was one of the incidents to safeguard our sport, but it was less intense. Our language and tradition across India is respected, and any deviation will be punished and taken seriously.

Everyone in our country is singing the national anthem in Bengali. But we do sing it with a full heart as the author "Rabindranath Tagore" has authored it giving due importance to all traditions, culture and language. We respect those who respect us and will go to any extent to defend our traditions.

Not only Kamal Haasan even Anna was once uttered during one of his deliberations that English is the official language and we already have a big path to enter every state with that language. But Hindi is the national language and comparatively small path. It is not necessary for us to have two paths; we can very well use a single path to connect with people.

Language is not intelligence but a communication tool. But in India, it is viewed differently, and this forcing tendency does not develop likeliness towards it but creates hatred ness.