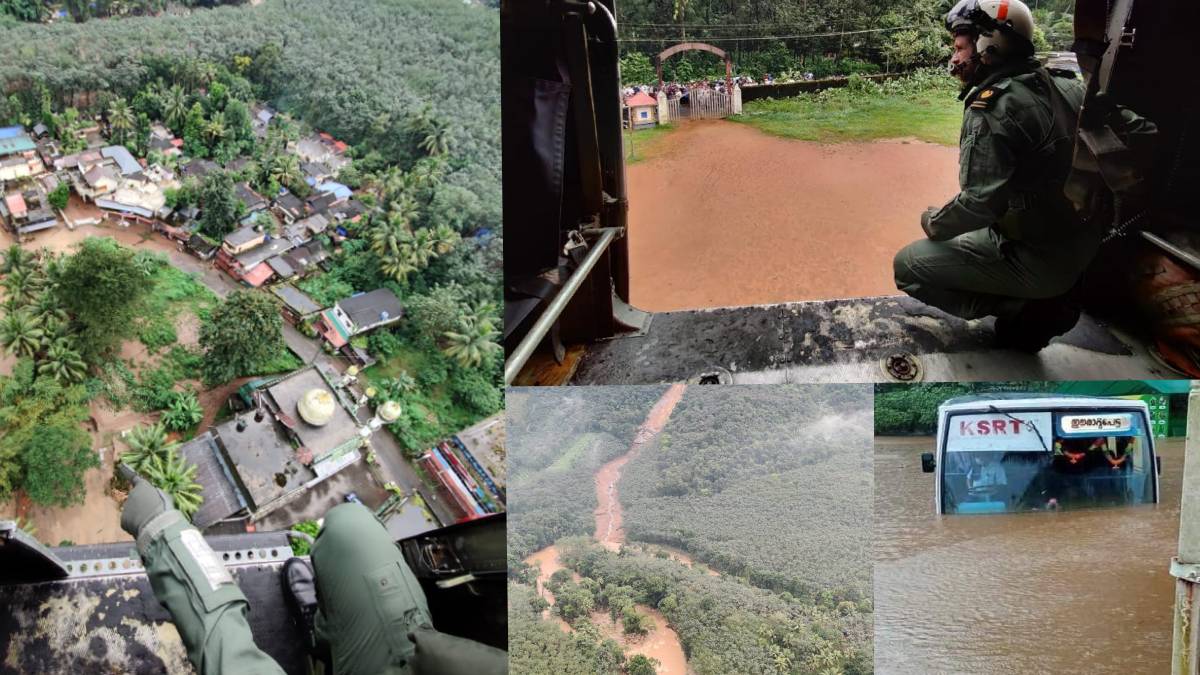 Many districts in Kerala are flooded due to heavy rains. Houses have been washed away due to landslides. Footage of houses being swept away by floodwaters has caused a stir on social media. The state government has expedited the rescue operations.

As of this morning, a total of 22 people have been killed in rains in Kerala. Prime Minister Narendra Modi yesterday asked Kerala Chief Minister Pinarayi Vijayan about the condition of Kerala.

He then assured that the Central Government was ready to render all assistance. The Prime Minister posted that appropriate action is being taken to rescue the people trapped in the disaster on his Twitter account.

Kerala State Revenue Minister K Rajan has said that compensation of Rs 4 lakh will be given to the families who lost their family members in the flood and landslides. The Indian Air Force has made adequate arrangements to provide relief items and rescue operations to the affected people.

The disaster management team engaged in the search for landslide victims in Kokkayar village in the Idukki district. At that time, three children under the age of 10 were recovered dead. During the enquire, it was known that the children were identified as Amna (7), Afsan (8), and Abhiyan (4).

Search operations resumed in the middle of the rain. The bodies of the mother and two children were found a short distance away. Both the mother and her 10-year-old son were found dead, and a baby was recovered dead from the cradle.

Thirteen people were killed in a landslide on the 16th in the Koottikal area of ​​the Kottayam district. The death of 6 members of the same family has saddened the locality. They are a 65-year-old grandmother, her son Martin (48), daughter-in-law Cini Martin (37), three daughters Sona (12), Sneha (13) and Chandra (14).

Four people have been killed in another landslide at a school. They are 62-year-old Sarasamma Mohan, Roshini Venu (46), Sonia Jabi (45) and Alan Jabi (14). The landslides and flood videos are going viral on social media by creating a stir among the viewers. The videos are very shocking, and the rescue operations are on board in full swing.

Spoke to Kerala CM Shri @vijayanpinarayi and discussed the situation in the wake of heavy rains and landslides in Kerala. Authorities are working on the ground to assist the injured and affected. I pray for everyone’s safety and well-being.