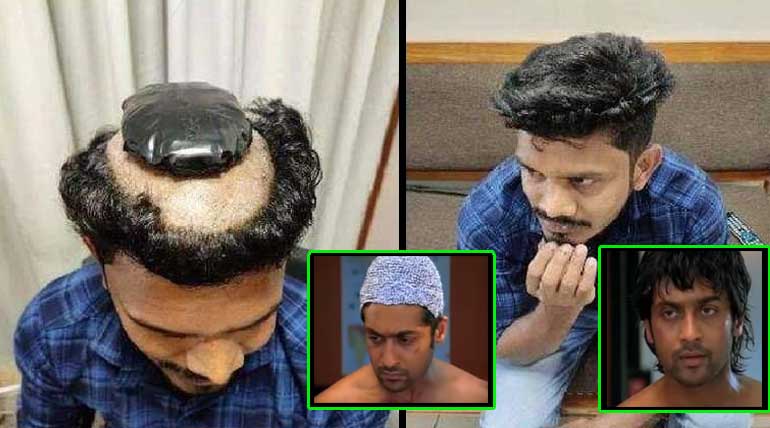 We cannot predict till date whether we follow movies or the movies follow us? After the end of Lalitha Jewellery robbery in Trichy in cinematic style, the myth follows up in the same week. Trichy robbery is similar to the Hollywood movie robberies, experts say. However, the suspect hooked by the police officers after the burglary. The original Lalitha Jewellery theft case failed in the climax of the Hollywood movie.

The impact of the cinema is more in the present generation, especially among youngsters. They love, marry, fight, behave like one in the movies nowadays. But now people not even dare to plunder; The world is under cinema.

Noushad, with his intriguing concept, hides the 1kg gold under his wig; He shaved the middle part of the head and wrapped the gold with a black sheet; Noushad placed the illegal encased gold in the center of the shaved head and fixed a wig over the sealed gold to look ordinary.

As like Ayan movie water bottle and shoe smuggling ideas, Noushad wig idea did not work well. The customs department claimed mistrust and check Noushad from Sharjah out of suspicion.

After thorough checking, Noushad caught up at the Cochin International Airport with the gold by the Customs. The gold is retrieved from Noushad by the Customs department of Cochin Airport; He is now arrested by Kerala police and the investigation is at full throb.