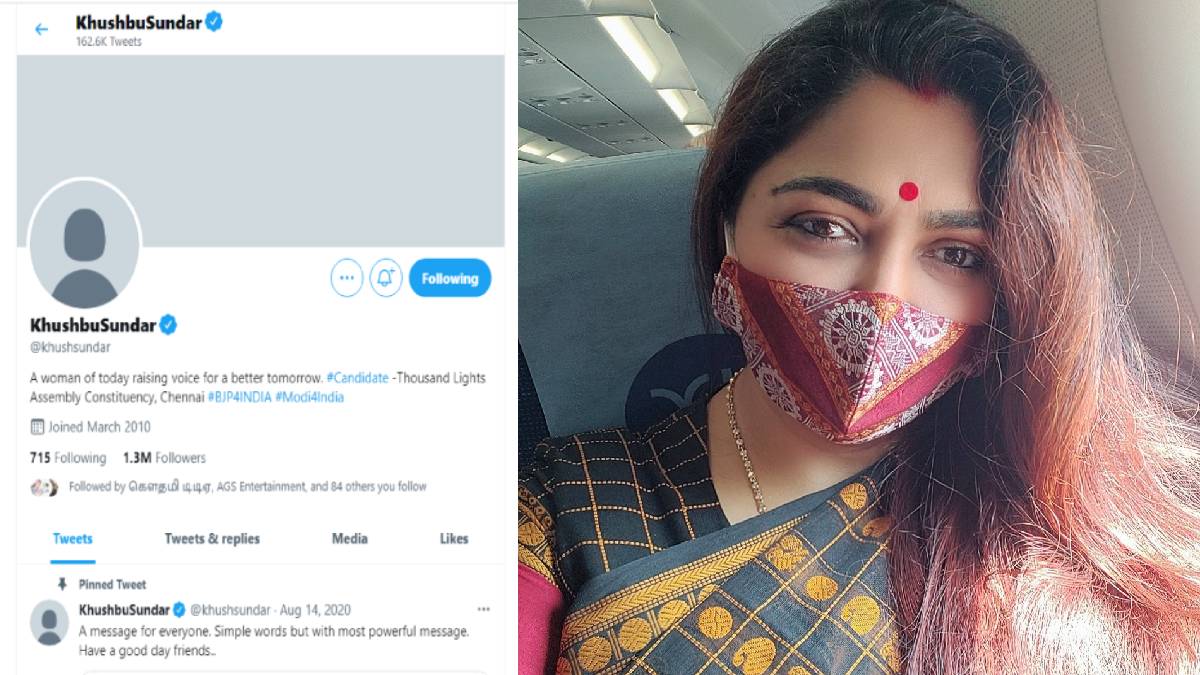 The hacking of celebrities' Twitter pages has been a frequent happening for the past few years. It has been reported that unknown persons have blocked the Twitter page of actress and BJP leader Khushbu. And there has been a shock as all of her tweets have reportedly been deleted.

This made the netizens question Khushbu as she has alternately expressed her views in favour of the party. Due to this, Khushboo is very popular on Twitter. Khushboo has 13 lakh followers on her Twitter page, and she is following 710 ids. In this case, her ID is disabled, and the Id name is Briann instead of @khushsundar.

When asked, she said that it is true that her Twitter account is hacked. We are in the process of recovering it. We complained three days ago. Twitter has not fixed this yet. They hoped that the work would be completed soon. Meanwhile, Khushboo is scheduled to go to the police DGP's office at 3.30 pm today and lodge a complaint with DGP Silenthra Babu regarding the hacking of Twitter.