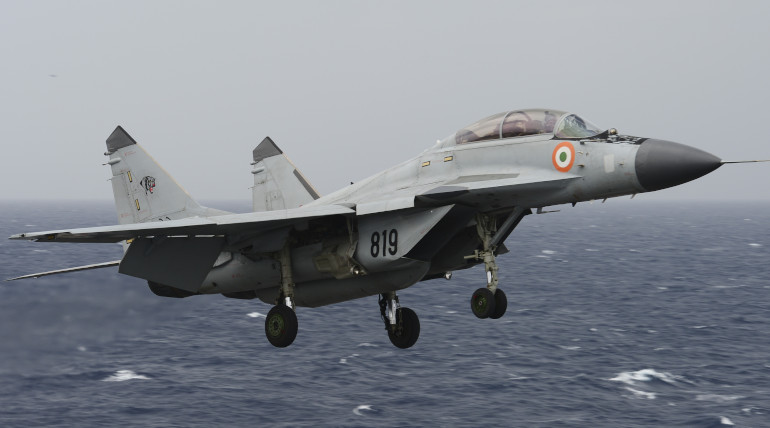 Indian MiG-29K aircraft hit by birds to crash near Goa.

Indian Navy's MiG-29K fighter aircraft crashed near Goa at 11.45 AM on Saturday. Both the pilots ejected safely and also diverted the crashing plane away from populated Margoa area to save civilians. The navy is in search and rescue operation now.

When they were flying 15 kilometers above Panaji, the capital of Goa, some birds hit the aircraft. The left engine was immediately burnt out, and the right engine also got fire. Since the aircraft was flying at a low height, the attempts to recover the plane failed. But both the pilots with their work ethics diverted the flight from the densely populated areas and ejected safely from the aircraft. They not only saved themselves but also saved a lot of people. The navy has ordered an official inquiry.

Defence Minister, Rajnath Singh, on this matter, tweeted his status in his official page that he spoke to the two pilots and acknowledged their health. The minister stated that he also felt great satisfaction for those two pilots ejecting safely from the plane.