Munnar Landslide: 31 people of the same family buried in the soil and 49 dead bodies are recovered 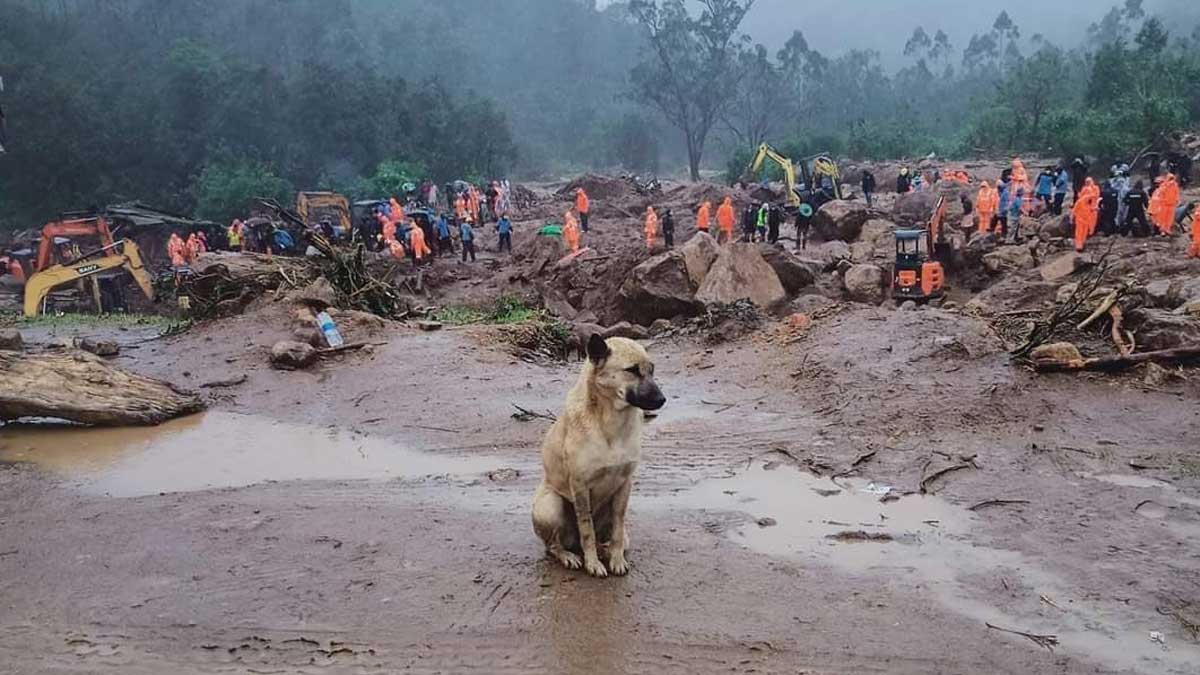 Dog in Munnar looking for their owners in landslide.

Kerala: The bodies of 6 more people buried in the soil near Munnar were recovered on Monday in a decomposing state. The death toll from the landslide has risen to 49. Shockingly, it has been reported that 31 members of the same family were buried in the landslide in the Pettimudi region of Idukki district.

As heavy rains continued in various districts of Kerala, a landslide occurred on 7th August midnight at the workers' residence of Kannan Devan Tea Estate in Pettimudi near Munnar in Kerala.

Despite all, the rescue operations continue today as well to find the rest of the deceased and alives soon. The corpses are being buried in a large pit. It has been reported that 31 of those buried in the soil belong to the same family. It is said that a large number of people came here to work, especially from the Kayathar area of Thoothukudi in Tamil Nadu.

Information and Publicity Minister Kadambur Raju donated Rs 30 lakh from his own funds to their families belonging to Kayathar region. Minister also insisted to issue the relief fund accordingly i.e., ₹50,000 for families who lost more than one person and ₹25,000 to those who lost one person. Also, Minister Kadambur Raju shared the consolation of ₹50,000 for the transport cost of all the relatives to attend the funeral.