Northeast India is Burning Due to Citizenship Amendment Bill 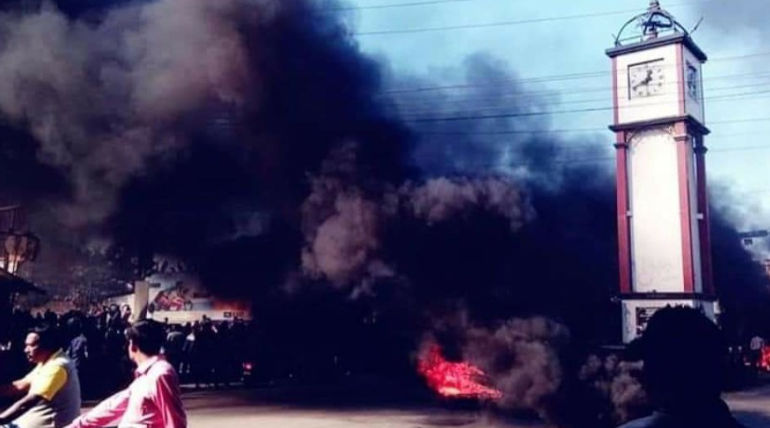 Northeast burns and curfew imposed in Assam due to the passage of CAB: North East India is burning due to the approval of the Citizenship Amendment Bill signed by the President after approval from both the houses of parliament. The northeast people have hit the streets with unprecedented violence, never before seen in this part of India. They feel betrayed by the BJP and fear of losing their identity due to CAB.

Many central government establishments like railway stations, post offices, banks, and many more are set ablaze by the protesters across the states of Assam, Meghalaya, West Bengal, Delhi, among others.

Japan Prime Minister Shinzo Abe postponed his India Visit scheduled from 15 â€“ 17 December due to the CAB protests across India. The US and UK have asked their citizens to exercise caution while visiting the North-East part of India due to the violent protests. The Trump administration had urged India to protect the rights of its religious minorities and to keep up with its constitution and democratic values.

It is even after the BJP government added Christians to be also allowed by CAB, which was not mentioned in their election manifesto. It stated that only Hindus should be allowed into India by persecution by the neighboring countries. Only on fear from the west, if the Christians are also not allowed like Muslims, it will get problems from countries like America and the UK.

But in spite of it, all are now criticizing the CAB for excluding only Muslims in the CAB. Even the Tamil people who only went from Tamil Nadu to Sri Lanka for tea plantation work, are not allowed to become Indian citizens by CAB. For decades now, they are staying in many refugee camps across Tamil Nadu.

Home Minister of India, Amit Shah, had to cancel his visit today to Meghalaya and Arunachal Pradesh. Bangladesh also protested after its two signposts, and Bangladesh Assistant High Commission was vandalized. Their foreign and home ministers A K Abdul Momen and Asaduzzama Khan also canceled their visit to India.

In Assam, people fear that their identity will be lost if the Hindus of Bangladesh flood into Assam. The indigenous Assam people fear they will be soon outnumbered if it happens. More than five Assamese have been already dead and more feared as the curfew is imposed now. Like Kashmir, internet net services were cut for the past few days in Assam. The violence is spontaneous and seems not to end shortly.