President Donald Trump's Visit to India: What Happened So far? 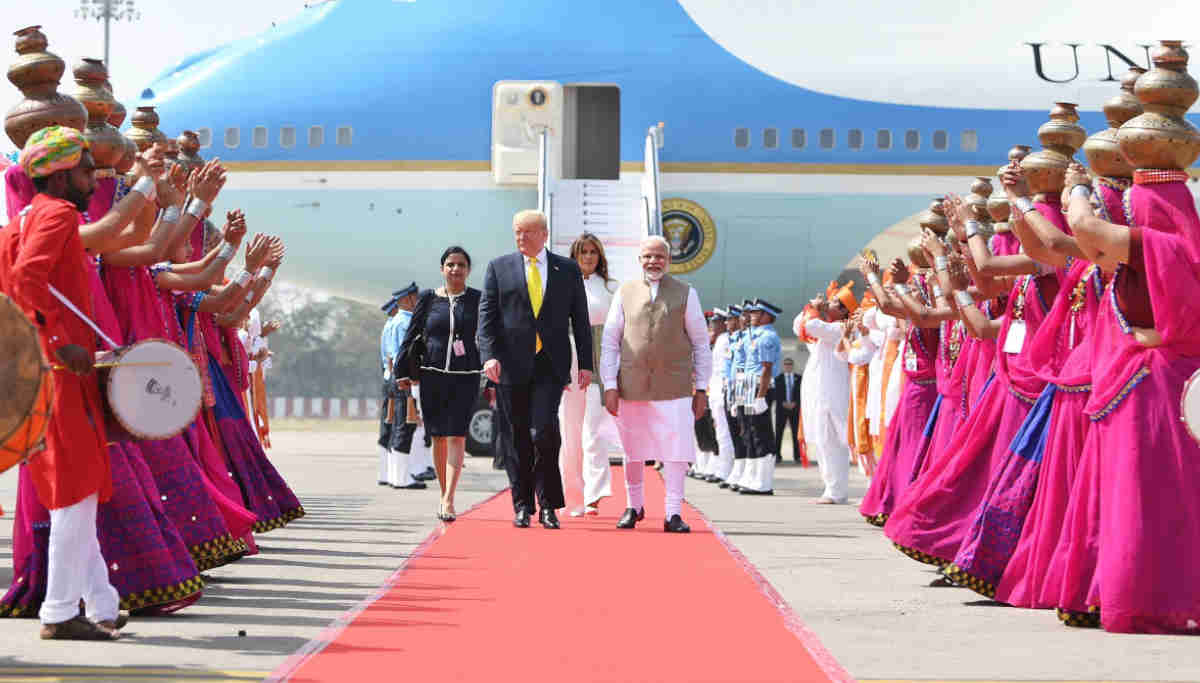 All facts after Air Force One landed in Ahmadabad with President Trump.

As Air Force One touched Ahmedabad airport yesterday, February 24, noon.  Prime Minister Modi tweeted that Potus has arrived. As usual, Modi gave his famous big hug to President Trump as he stepped down from the Air Force One along with his wife, daughter, and son in law.

The much expected and publicized Namasthe Trump event, in return to prime minister Modi's Howdy Modi held in America, kick-started in the Sardar Vallabhai stadium to an official audience of around one lakh. Taj Mahal was the next destination before reaching Delhi for the night for Trump. All eyes are on today, February 25, for the official talks between the two country heads to sign bilateral MOUs, among others. 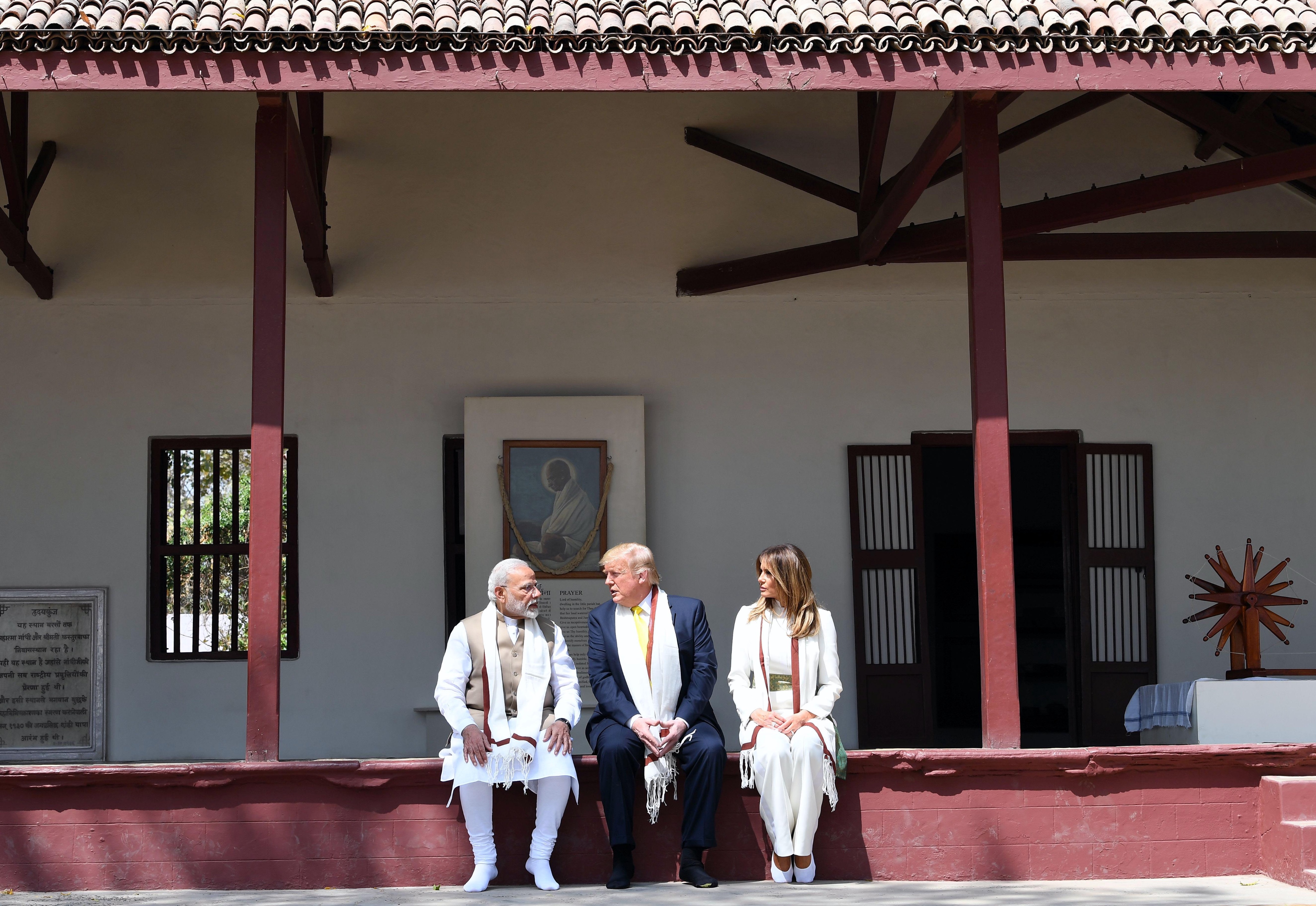 The long and most expected visit of President Trump's India tour of 35 hours started with a journey to the newly built, with a cost of 700 crores, world's largest cricket stadium. To the official report of around 1 lakh audience, Trump and Modi were all praise for each other. Trump, in his 27 minutes speech, said that Modi from Chai Wala has risen as a great leader and a tough negotiator. Modi, in his return speech, equally praised Trump.

Apart from praising Modi, Trump's speech was about many things that are close to the Indian people including

President Trump's next stop was at Sabarmati Ashram in Ahmadabad.  Trump was briefed about the father of our nation Gandhi. And, about the importance of his spinning wheel known as chakra, which stands as a symbol of self-reliance. Trump thanked Modi for that visit in the visitor's book. Trump was gifted with Gandhi's famous three monkey statue, along with the latest edition of Gandhiâ€™s biography book.

Taj Mahal was revamped well to receive Trump, and the first lady Melania Trump, to enjoy the symbol of love. Trump hailed the 17th-century Mughal era mausoleum as a timeless testament and the beauty of Indian culture.  The first family spent more than an hour in the Taj Mahal and taking the customary pictures before one of the Seven Wonders of the World. Before leaving, Trump wrote in the visitors' book that the Taj Mahal inspires awe, a timeless testament to the rich and diverse beauty of Indian culture.  Thank You, India. 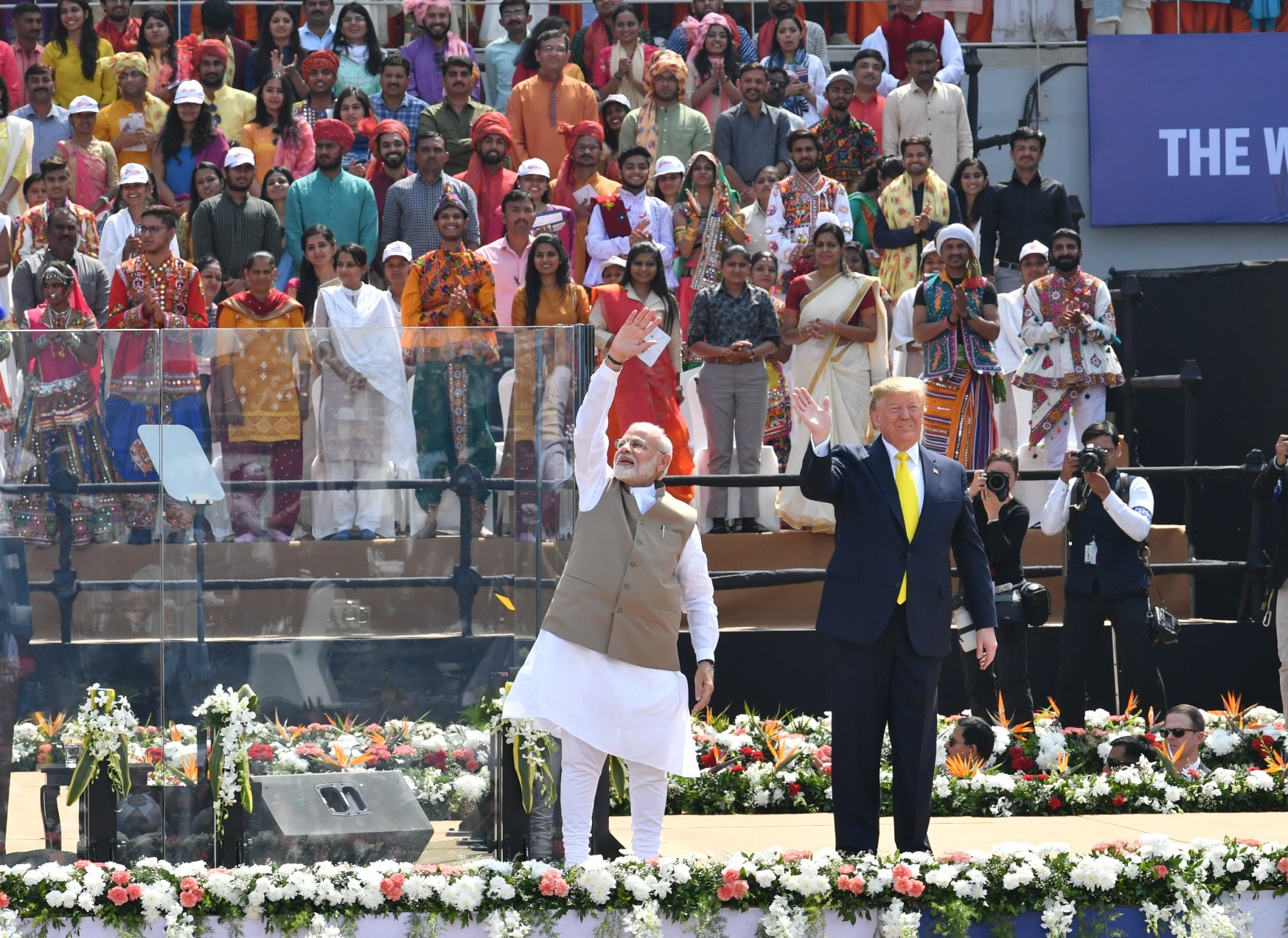 In the evening, Trump reached Delhi's Palam airport to rest for the night. After a great show of strength and praise for India and Modi, Trump will be more official today, February 25, before leaving India in the evening. The critical events for President Trump today in Delhi includes