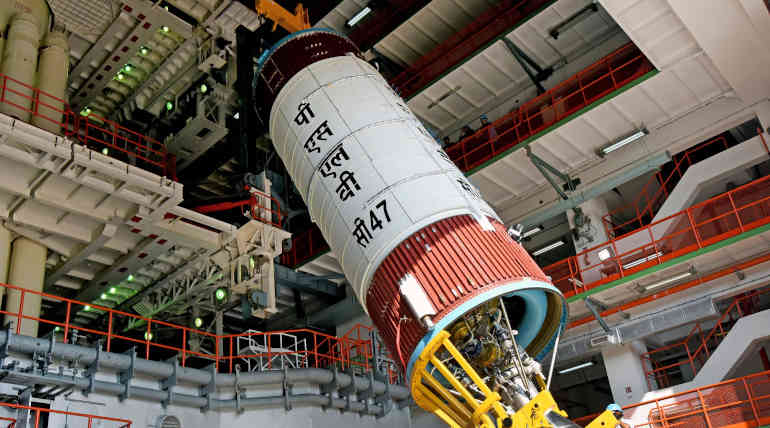 PSLV-C47 towards launch pad, ISRO overwhelms with a tweet.

Indian Space Research Organization also tweets the launch as" Journey of PSLV-C47 from the Vehicle Assembly Building towards the launchpad" with a photo from SHAR in Andhra Pradesh adding "Launch Scheduled on November 27, 2019".

PSLV-C47 carries 14 satellites, including a Cartography satellite of the United States named Cartosat 3, to the launch pad on Wednesday. Though it is scheduled earlier to launch the PSLV-C47 on 25th November Tuesday at 9:28 a.m, the team rescheduled the ignition for 27th November, Thursday, of the same morning at 9:28 a.m from the Satish Dhawan Space Center (SHAR) at Sriharikota.

Cartostat 3 satellite is a third-generation advanced satellite with high-resolution imaging capturing capability. The ISRO team and NSIL (New Space India Limited) signed a commercial agreement to launch 13 more nanosatellites along with the United States Cartography satellite on board to reach the launch pad.

Recently Chandrayan 2 orbiter clicked a crater photo from the moon's surface on Wednesday. Sources also reveal that ISRO is all ready for its next Chandrayan 3 mission, which is expected to launch in 2020.