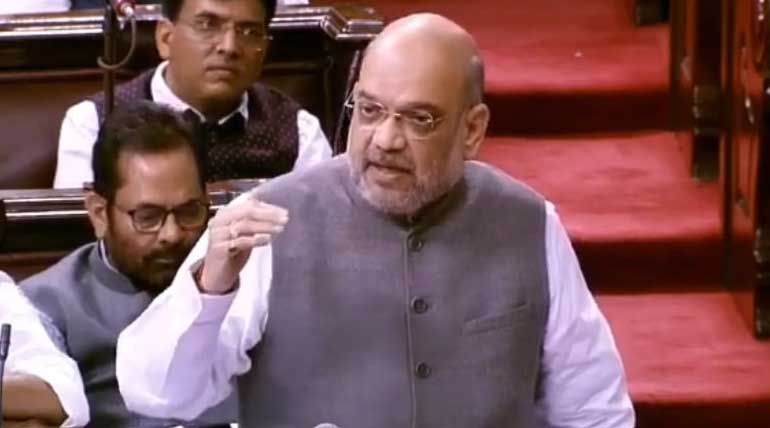 Repercussions of revoking Article-370 and Article-35A

Modi government with the support of BSP and ADMK parties today performed a twin tower explosion replica in the state of Jammu and Kashmir. Home Minister Amit Shah has proposed to revoke special status rendered by the provisions of Article-370 and Article 35-A. The revoking action would create demographic catharsis. This kind of implementation in the region which is already suffering from disturbances like cross border terrorism and the consequences has created mental agony amongst public and political leaders of Kashmir.

Article 370 has certain relaxations, and public pertaining to the state can enjoy the privileges. This comes under part XXI of the constitution which bestows â€œTemporary, Transitional and Specialâ€ provisions. The constitutional rights differ in this state from the rest of the other states. Jammu & Kashmir has got this provision in 1997 upon request by the then Prime Minister of the state Sheik Abdullah and was approved by Maharaja Harisingh and Jawaharlal Nehru. As said, they are temporary provisions, and this has now been revoked. But Abdullah was adamant then to get this as permanent. However, it was not approved. Since the citizens of the property live under special sets of rules, norms and regulations pertaining to the ownership of the property and other fundamental rights, other citizens of the country cannot intrude and own property and establish their rights in the region. It is for quite some time, certain provisions in the article are revoked but has not created a huge impact or disaster like this. The repercussions of the same are expected viz citizens from any part of India can move, live and own a property post this Article-370 reversal.

This is also known as Permanent Residents Law. This law has been amended in 1954 by the then President Rajendra Prasad in vocal with Jawaharlal Nehru. According to this, the citizen who was the subject of the state on May 1954 will hold all the rights and provisions. Also, the subject who was there in the state for 10 years and owned a property are entitled to enjoy the provisions of Permanent Residence and the state job. No outsiders are allowed to get the state job and the subject-rights. Now the impact would be â€œMuslim-centric region would become a mixed bag of religionsâ€. Hindus will come and get established over there. The state jobs can be shared by other citizens. This is implemented now incarcerating the political leaders of Jammu & Kashmir. J&K will now be a region of all Indian citizens hence the political leaders are voicing out and detailing the move as a monstrosity.