State Bank of India: From August 1st 2019 No Charges on IMPS Transfer 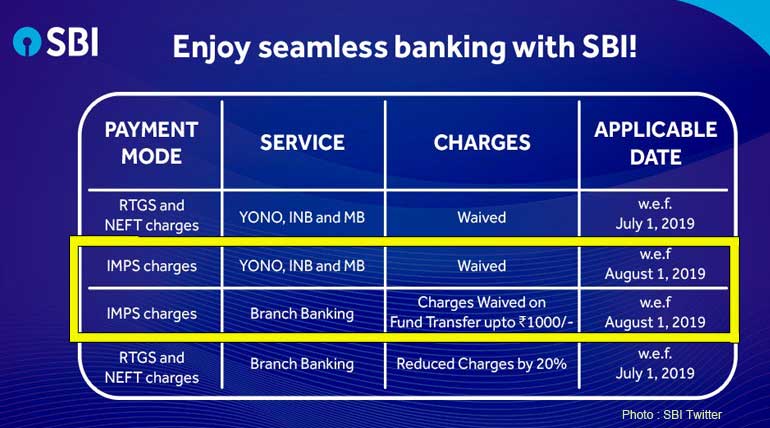 State Bank of India: No Transaction Charges on IMPS Transfer from August 1st 2019

No Charges on IMPS Transfer from August 1st 2019:

To digitalize the bank transactions makes SBI roll out a lot of zero charges for money transfer now. If it was the NEFT waived of costs from July 1st it is to be the IMPS charges waive off from August 1st 2019.It is to benefit more than 1.40 crores of people who use State Bank of India Internet Banking Serice and YONO Mobile App.  The Government's push to digitalize the transactions has enabled the common man to enjoy the benefits.

The following is the table for the date and waived charges of SBI: 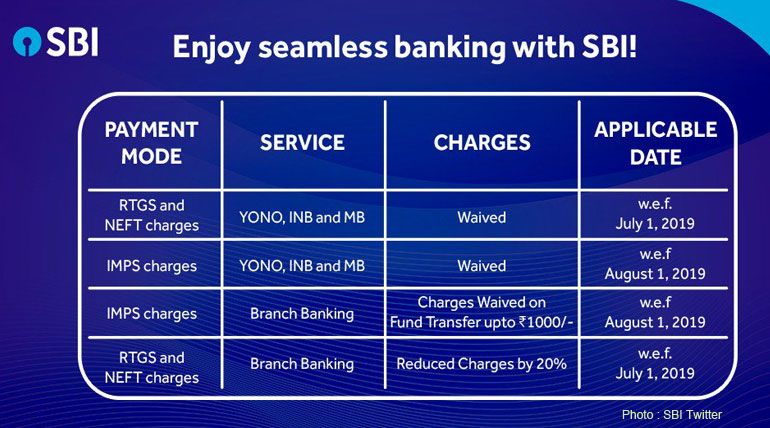 There are more doubts cleared in the twitter handle of the SBI. To a query on the charges of UPI or unified payments transfer used person to person transfer (P2P), SBI replied it does not charge UPI P2P transfers.

Also regarding the repayment of the NEFT charges done for transactions after July 1st the customers can contact the branch.

under the category General Banking>>charge

The reality of digitalization of bank transactions:

State Bank of India, India's largest bank has become customer friendly to its customers now than before. It may be due to the digitalization push of the Government of all its bank transactions.

It was one of the initiatives of the demonetization in 2016. But still, as per reports, only 1.4 people are going to benefit from the largest bank waiving of charges of all internet transfers.

In a country with more than 140 crores of people, the 1.4 beneficiary is only one per cent. There is a long way for the Government and the banks to go further for digitalization of bank transactions.

Anyway, this move of waiving the bank charges welcomed by the people of India.

State Bank of India: From August 1st 2019 No Charges on IMPS Transfer