Sea receding for more than 200 meters causes panic in Thanjavur 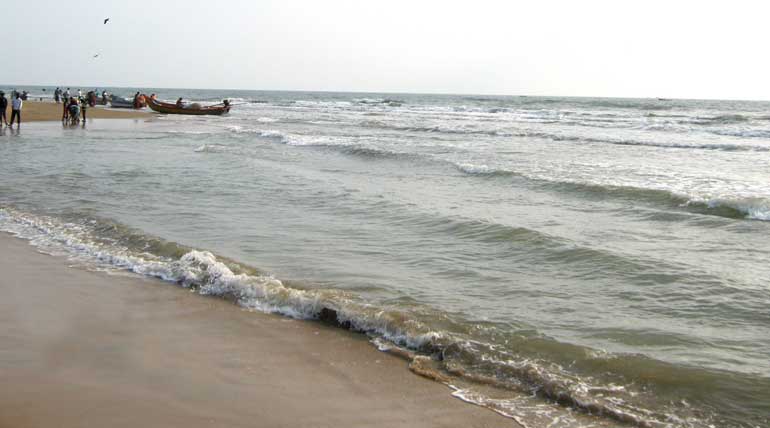 Sea receding for more than 200 meters causes panic in Thanjavur

200 meters of the sea receding in Sethubava Chathiram causes panic:

Today in the continuance of the heavy storms for the past seven days from 30th July, there occurred sea receding of more than 200 meters in Sethubava Chatiram village. It panicked the village people as normally the sea during such heavy storms recede only half a feet inward. It is called Vadugu, and it does not concern the people here as it is common. But this 200 meter + receding is alarming for the fishermen. Only recently three fishermen of Athiramapattinam in Thanjavur were saved when their country boat sunk in the sea due to the storm. Now, for the past five days, no fishermen are going into the sea due to the heavy storms lashing the Thanjai seashores.

Gaja cyclone and its repercussions in Thanjavur:

Only less than eight months ago, Gaja cyclone hit Thanjavur and adjacent districts to take away more than 45 lives. Also, it caused heavy damage to the crops and made the livelihood of the delta people miserable. Now this heavy storm in the same area is causing panic among the already cyclone hit Thanjavur people. It brings back haunting memories of the Gaja days. To add fuel to the fire this unprecedented receding of 200 meters of sea inwards is the talk of everyone here.

Last year on 5th February the sea receded by 100 meters in the Rushikonda beach in Vishakapatnam. Since it was a popular beach for visitors, everyone was excited about it, and some feared about a tsunami coming to Vishakapatnam at that time.

But this 200-meter receding is a rare kind and officials have to visit and find the reasons for it to reduce the panic of the village people. Also, the villagers are not able to go to sea for fishing due to the stormy weather. Hence some relief and support have to be given to their families.