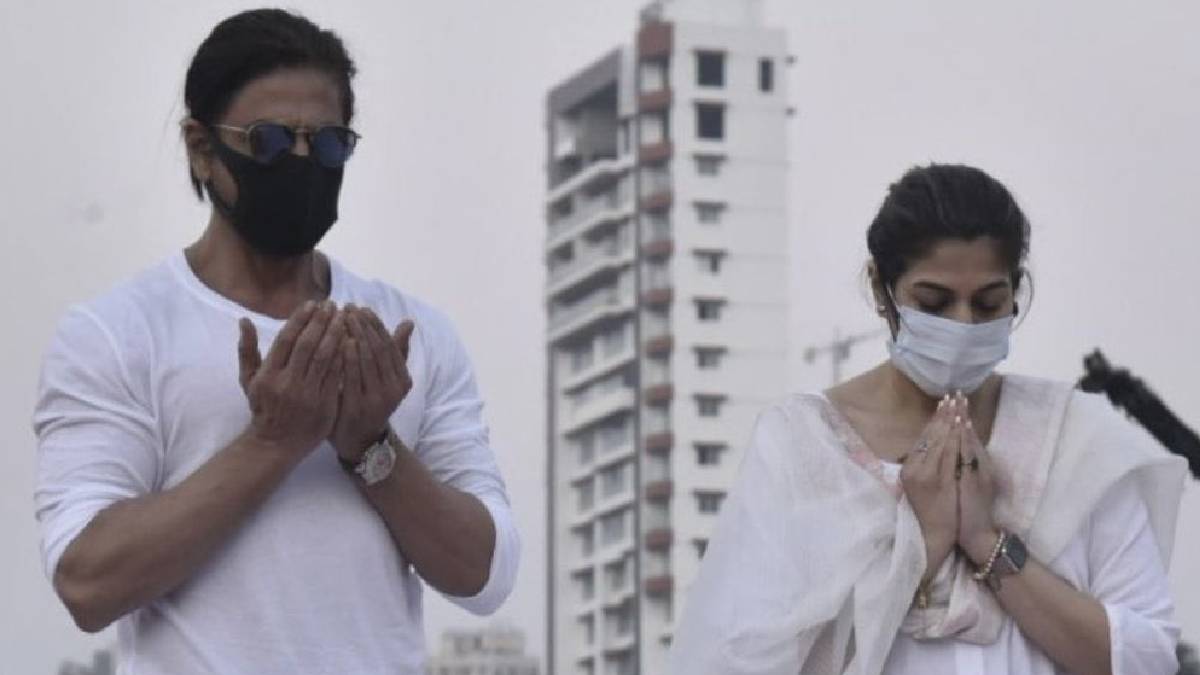 Actor Shah Rukh Khan had come with his secretary Pooja to pay homage to Lata Mangeshkar. Shah Rukh Khan paid tribute to Lata's body and prayed for a few seconds. According to Islamic rites, he prays with both hands, takes off his mask, and blows in the air. But it is said that he spat on Lata Mangeshkar mortal remains.

Bollywood playback singer Lata Mangeshkar passed away on Sunday at the age of 92. Her body was taken in procession to Shivaji Park and cremated. Seven states have declared a public holiday due to her death. Earlier, Lata Mangeshkar's body was brought in procession in a decorated vehicle from her home.

Thousands of people stood across the road to pay their respects. The Prime Minister paid tributes to Lata Mangeshkar, met Lata Mangeshkar's family, and expressed her condolences. The controversy began among the fans when few viewers mistook actor Shah Rukh Khan's activity.

Shah Rukh Khan, a devout Muslim, made a dua for  Lata Mangeshkar. He took off his mask to blow and made a facial motion. Few netizens mistook it as spitting. The fact is that Shah Rukh Khan blew air after uttering a dua, which is a holy ritual for many Muslims. After this incident actor, Shah Rukh Khan went trending on Twitter.

Fringe targetting @iamsrk by falsely accusing him of spitting at #LataMangeshkar Ji’s funeral should be ashamed of themselves. He prayed & blew on her mortal remains for protection & blessings in her onward journey. Such communal filth has no place in a country like ours ???? pic.twitter.com/xLcaQPu1g8