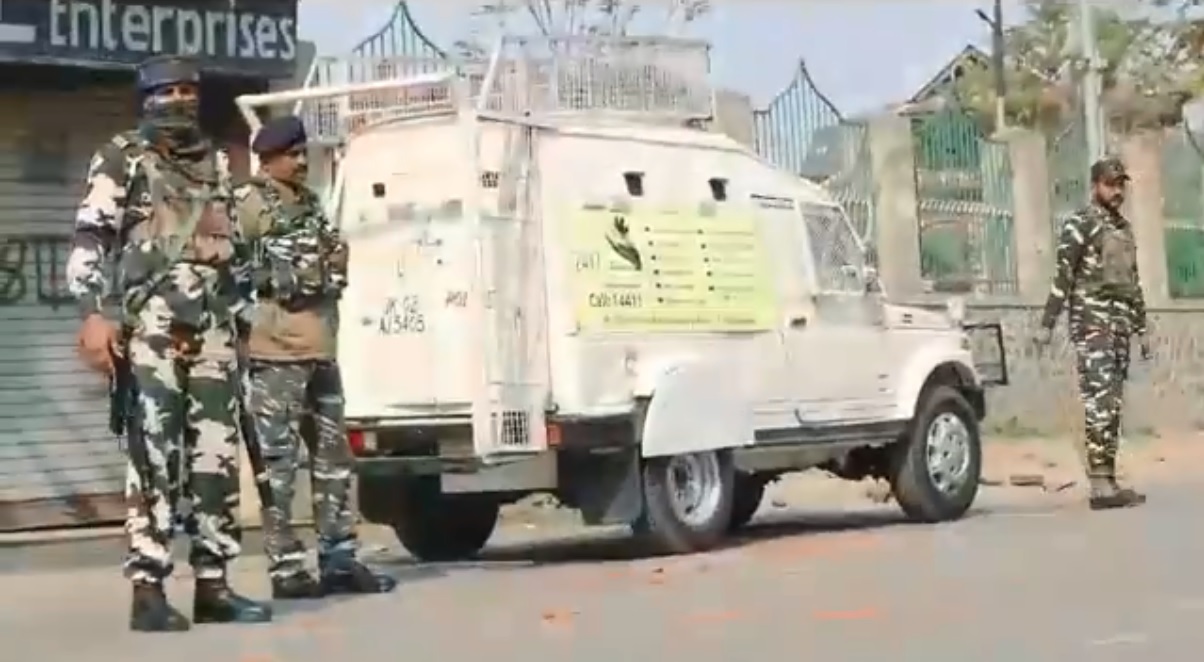 Terrorists' atrocities are increasing in the valley since the past week: Nearly three months after the abrogation of Article 370 in Kashmir on August 5th, there is still no normalcy as promised by the government. On the contrary, even with all the state leaders still under house arrest, there are many terrorist attacks now. Even the pre-paid mobile connections are not connected, and the internet wholly banned to date, there is no normal life in the valley. When the US senate members were not allowed to visit Kashmir, and even the Indian MPs, including Rahul Gandhi, was stopped in Srinagar airport and sent back, a guided tour of European MPs are assessing the ground situation in Kashmir now.

Other state people in Kashmir killed by terrorists: The main clause of Article 370 read with subsection 35A is that none other than the Kashmiri people can buy the land in Kashmir. Since the government removed it by abrogation of Article 370, terrorists are now focusing on other state people in Kashmir. In the last 15 days alone, 11 people from other states have been killed by terrorists. Yesterday, 5 West Bengal laborers were gunned down by the terrorists. On Monday 28th, a truck driver was shot down in Anantnag. In the same afternoon, terrorists fired discriminately at paramilitary personnel outside a school at Pulwama district.

Delegation of EU MPs reaches J&K to assess the ground situation: The government under pressure to bring normalcy in Kashmir from various quarters has allowed a delegation of 27 European Union MPs to visit and assess the ground situation. The opposition cries foul on not letting Indian MPs or American senate members to visit Kashmir, how come a selected list of MPs from EU not representing the EU parliament are allowed. Out of the 27 EU MPs, 24 belong to the far-right parties. Only three MPs are from the left or liberal parties. Also, four of the MPs backtracked from the delegation after the opposition questioning the validity of the EU MPs.

AFP reports on Euro MPs visit to Kashmir: AFP or Agence France Presse has reported that one of the Euro MP Thierry Mariani saying that we are going to see the situation in Kashmir, or what the government wants to show us. Another MP Theresa Griffin, tweeted that the group does not officially speak for the European parliament, and the delegation is not official. Chris Davis claims that he was dropped from the commission when he wanted to assess Kashmir freely. AFP further confirms that he is not ready for the PR stunt for the Modi government and to pretend all is well. Inevitably, the democratic principles are being subverted in Kashmir is his contention.

The EU delegation met many people who were brought to the five-star hotel where they were staying for the two-day visit. Ironically the Centaur hotel is close to where the EU MPs are staying in Kashmir. It is where the 30 Kashmiri leaders, including three former chief ministers of Kashmir, are in house arrest. The EU delegation went on a trip to the Dal lake in the evening to enjoy the beauty of Kashmir.