Three Years of Demonetization: What Rahul Gandhi and Others Talking About it? 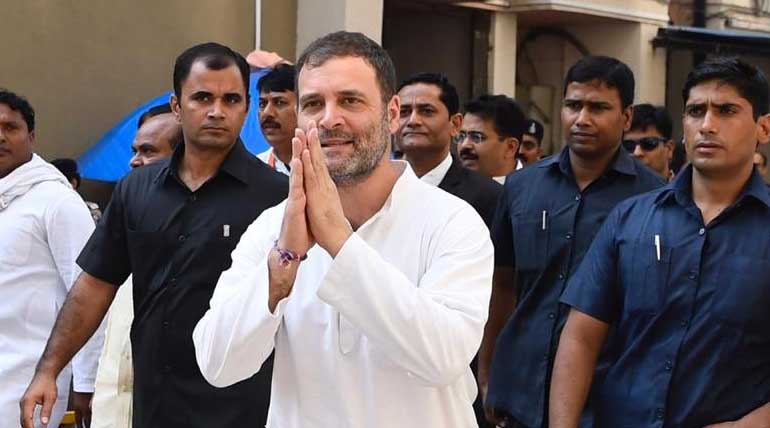 On November 8, 2016, the Government of India had taken an unprecedented action of demonetizing old 500 and 1000 rupee notes overnight to eradicate corruption and detect the economic defaulters. This incident shocked the entire nation and affected the lifestyle of everyday people. November 8, 2019, marks three years of demonetization today.

The Modi (BJP) Government took serious steps of promoting digital transactions throughout the country, to turn India as a less cashless nation in the world. On the Implementation of this process, the Indian economy faced a severe downfall, and many businesses went shut down due to insufficient funds.

Many condemned this action and various opposition raised, but none could restore the damage. People below the poverty line faced a massive crisis, and their survival remained a question. Numerous Jobs were lost, and also the automation came into play. The exchange of money drastically reduced, and the price of commodities significantly increased. The GDP of the country slashed, and small scale industries faced a huge deficit.

Today is the 3rd anniversary of demonetization; the Indian economy is slowly rebuilding itself towards sustainable development. Subash Chandra Garg, the former Government Official from the Finance sector, addressed the media that the growth and modern payment system is happening at a much slower pace. A reasonable sum of 2000 rupees worth currency notes is not in much of note circulation to date. Therefore, uplifting a weaker economy is a great challenge as of now, he added.

Earlier this afternoon, Rahul Gandhi (The President of Indian Nation Congress) has tweeted about this issue, highlighting it as a 'Disaster.' Many left unemployed, and justice should be made to the voice of Indian People, Rahul mentioned in his tweet.

One of the former bureaucrats said that "It was a cheap trick to attract foreign investors to invade our economy, which in turn collapsed the local market and low-level businesses."

Itâ€™s 3 yrs since the Demonetisation terror attack that devastated the Indian economy, taking many lives, wiping out lakhs of small businesses & leaving millions of Indians unemployed.

Those behind this vicious attack have yet to be brought to justice. #DeMonetisationDisaster pic.twitter.com/NdzIeHOCqL