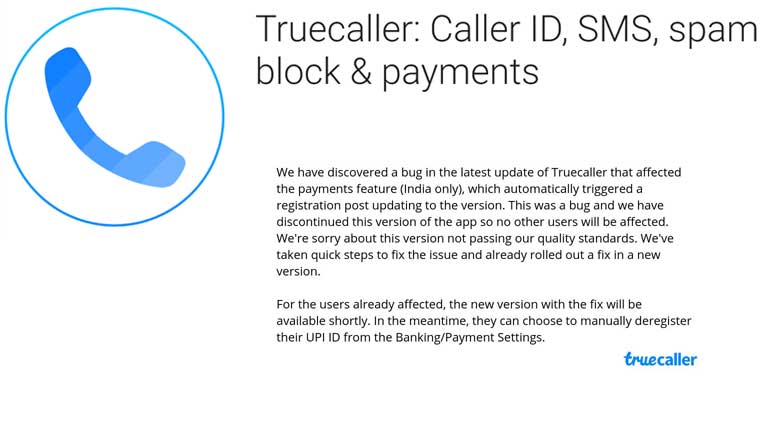 Truecaller shock and relief from NPCI

Yesterday morning many users of Truecaller app were in for a rude shock. They have received a message from ICICI bank. It stated to the astonishment and fear of the app users that your registration for the UPI has started. Many users were confused when they applied for the UPI registration.

There are over 100 million Truecaller app users in India. Those who updated its latest version of 10.41.6 on their Android phones were the ones who were shocked. There were also wildfire rumours about hacking fears and unusual activity in the banking accounts. Many rushed and called ICICI bank regarding the issue. Since it came from a reputed bank like ICICI, many were scared out of control.

NPCI MD & CEO saves the day for those who received the message from ICICI bank:

Since the issue was ballooned out of proportion, Dilip Asbe MD & CEO of NPCI or National Payments Corporation of India clarified on the issue. He confirmed that is the enrolling mistake of the app without the consent from the customers. But the customers can't do any UPI or unified payments interface transactions with this message. He further said that to get on board the UPI, it requires the customer to enter the OTP. And also debit card number and to set UPI Pin for any such transaction.

Truecaller asked sorry to its customers for the mistake. They confirmed that they had discovered a bug in their latest update that affected the payments feature named Truecaller Pay. It offers UPI based transactions like any other payment application. The incident has happened while updating this app.  They also confirmed discontinuance of the latest version of the app as to prevent any further users from being affected.

For users who have been already affected by the new version, they can manually deregister through the overflow menu in the app.

In recent days with VLC Media bug and now this Truecaller bug has brought in jitters among the tech people about the safety of personal details and hacking fears. It is up to the technology masters to safeguard the people from such attacks in the future for peaceful and safe living. 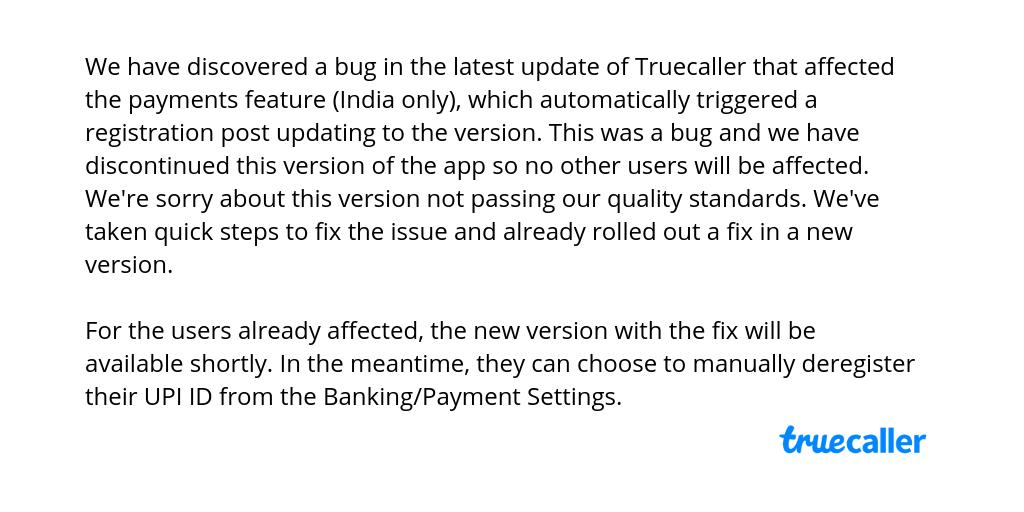