Migrant Workers Death During Lockdown In India: UP reported 24 Killed in Truck Accident 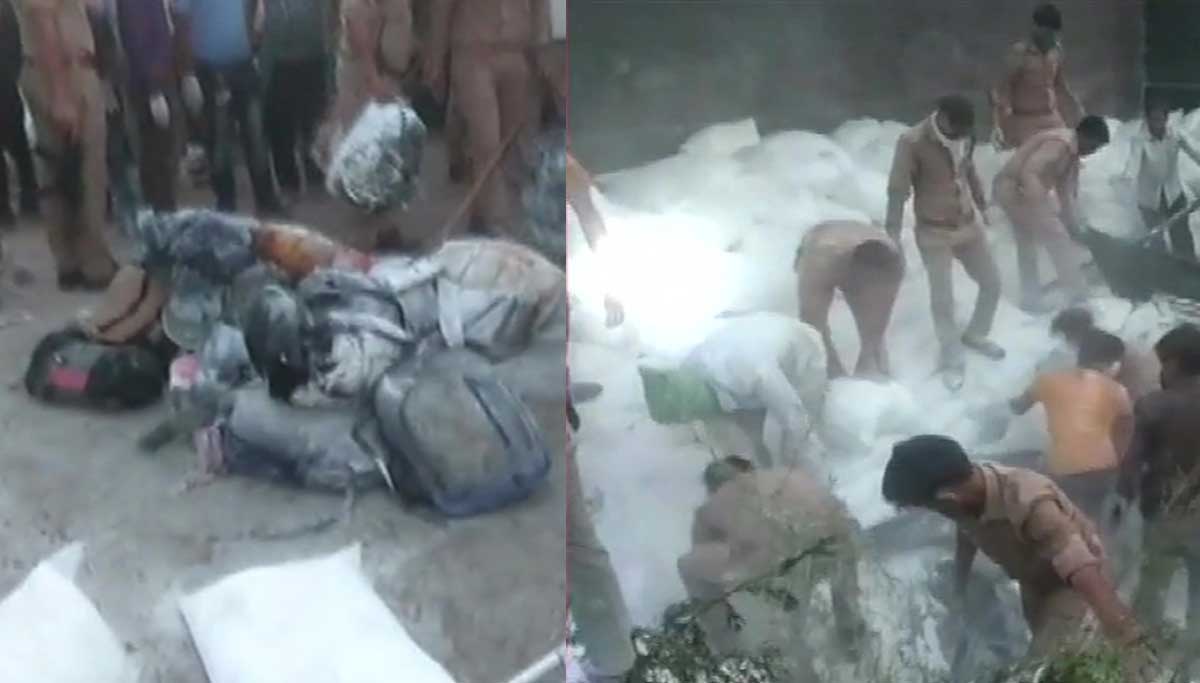 The biggest sufferers in India and in nowhere else in the world because of coronavirus crisis are the migrant workers. The lockdown suddenly announced at 8 PM on March 24, effective within four hours, left millions of migrant workers stranded everywhere in India.

They walk, cycle, hike with families and get killed every day for the past fifty days. One such incident was the tragic truck collision in UP yesterday, May 15, which killed 24 migrants and severely injured more than 20.

Every day there are reports of a few migrants dying of accidents, hunger, exhaustion, illness, and others. As of May 8, train crushing 16 migrants lying on the tracks exhausted from their long walk, nearly 400 migrants have been officially killed so far and many without reporting in the media.

All they want is only to go back home safely. They are left with no work, money, shelter, food, even water in the place they are stranded.  Though there is help in some states like Tamil Nadu, the other state migrants are badly hit by the lockdown.

Logesh Balasubramaniam is only 23 years old and started to walk from Wardha in Maharashtra on March 30 to his hometown, Pallipalayam, in Namakkal district. After walking more than 1,000 km, he and twenty others reached Hyderabad.

He was put in a shelter in Hyderabad on April 1, not to cross state borders.  He died of exhaustion, lack of food, heart attack, and many more reasons.  There are many more migrants like Logesh and young girls who are not even five years old dying on the roads.

The supreme court, yesterday in a petition seeking support to migrants,  dismissed the petition saying it cannot stop the migrants from walking to their hometown. Only a few trains are run from states to take back the migrants, and there are incidents of protests in many places as the migrants are waiting for more than 50 days now only to go back to their families who are also without food.

And Uttar Pradesh is where most of the migrants are stranded across India. Videos of disinfectant sprayed on the returning migrants in UP went viral in the social media. The infection cases in UP are now to cross 4,000, with 92 deaths so far.