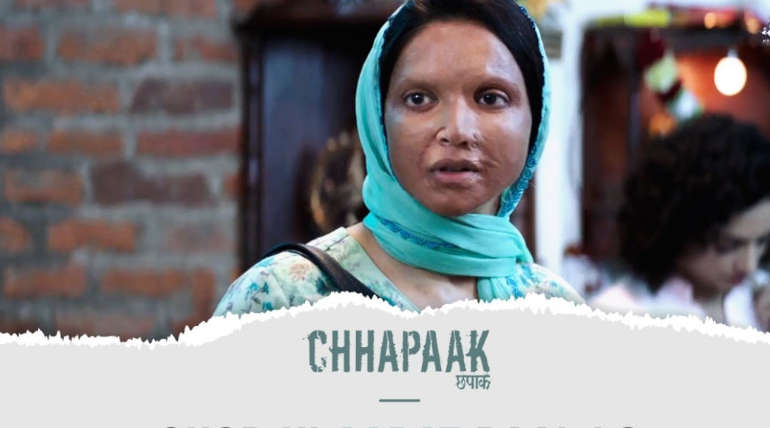 A film's success is not only measured from the box office collections but also its impact on the people. Chhapaak, directed by Meghna Gulzar on the life of an acid attack victim, is one such film. Deepika Padukone, with her splendid performance, has made the film loved by both the masses and the critics. Now the Uttarakhand government inspired by the movie is to bring in a new scheme. It will provide a monthly pension of up to Rs. 10,000 for more than ten acid attack victims in the state.

Rekha Arya, the minister for Women and Child Welfare in Uttarkhand, told the Press on Sunday, January 12, that a proposal to introduce a scheme of supporting the acid attack victims in the state. She also said that this monthly financial support would help these brave women to live a life of dignity and to achieve their dreams. When asked about the controversy surrounding the movie, the minister said when the affected person has not objected, there is no right for anyone else to get involved in the issue. It is to be noted that even in a small state like Uttarakhand there are ten survivors of acid attack living in Nainital, Haridwar and Udham Singh Nagar districts.

Chhapaak is not a normal commercial movie that was well directed by Meghna Gulzar. It is about the life of a living acid attack survivor Lakshmi Agarwal. The story is about how she overcomes the pain and struggle of surviving after the acid attack. Deepika Padukone excellently brought to the big screen the realities of what all the acid attack survivors have to face both in the external world and her inner mind. The movie is without any commercial aspects, has some small flaws that are negligible to the cause of the film. And hence both the people and the critics have welcomed the movie across India.

The Chhapaak impact is so tremendous that it has made possible this initiative of the Uttarakhand government to help the acid attack survivors in the state. It should be followed by many states across India. Also, the laws should be made stringent to punish those who indulge in such a heinous crime. As Laxmi Agarwal, the real acid attack survivor, says that the person who has poured acid on her is free after only ten years in jail and living happily now. But she is still suffering from the effect of the acid attack.