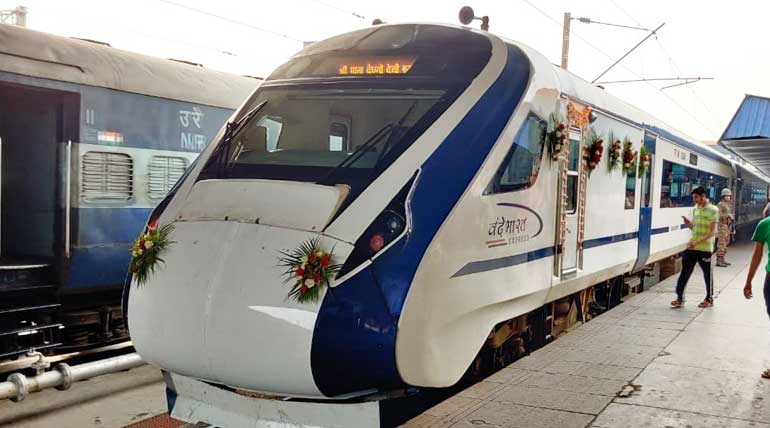 The debut trip of the train was between Delhi and Katra, and the same is getting commercialized from October 5. The New Delhi-Shri Matha Vaishno Devi Katra-New Delhi will rail on all days except for Thursday. "It is a Navratri gift to Kashmir," pointed Amit Shah.

Vande Bharat express is an engine-less propelled vehicle and has 16 coaches duly air-conditioned chair-car service. Out of 16 coaches, 2 are driver cars, 2 are executive chair car, and the other 12 are chair car coaches. The technology programmed vehicle will reduce the running time between Delhi-Katra from the current 12 hours to 8 hours.

Gandhiji's swadeshi and our Prime Minister's "Make in India" are carrying the common interests and goals. Modiji's vision of speed, scale, and service to the railways is getting realized with this launch and the lines of pipeline launches.

Railway Minister Piyush Goyal congratulated railway engineers on the success of Vande Bharat express and their manufacturing success. He also expressed that plans are in the cards to keep improving railway connectivity in Jammu and Kashmir. 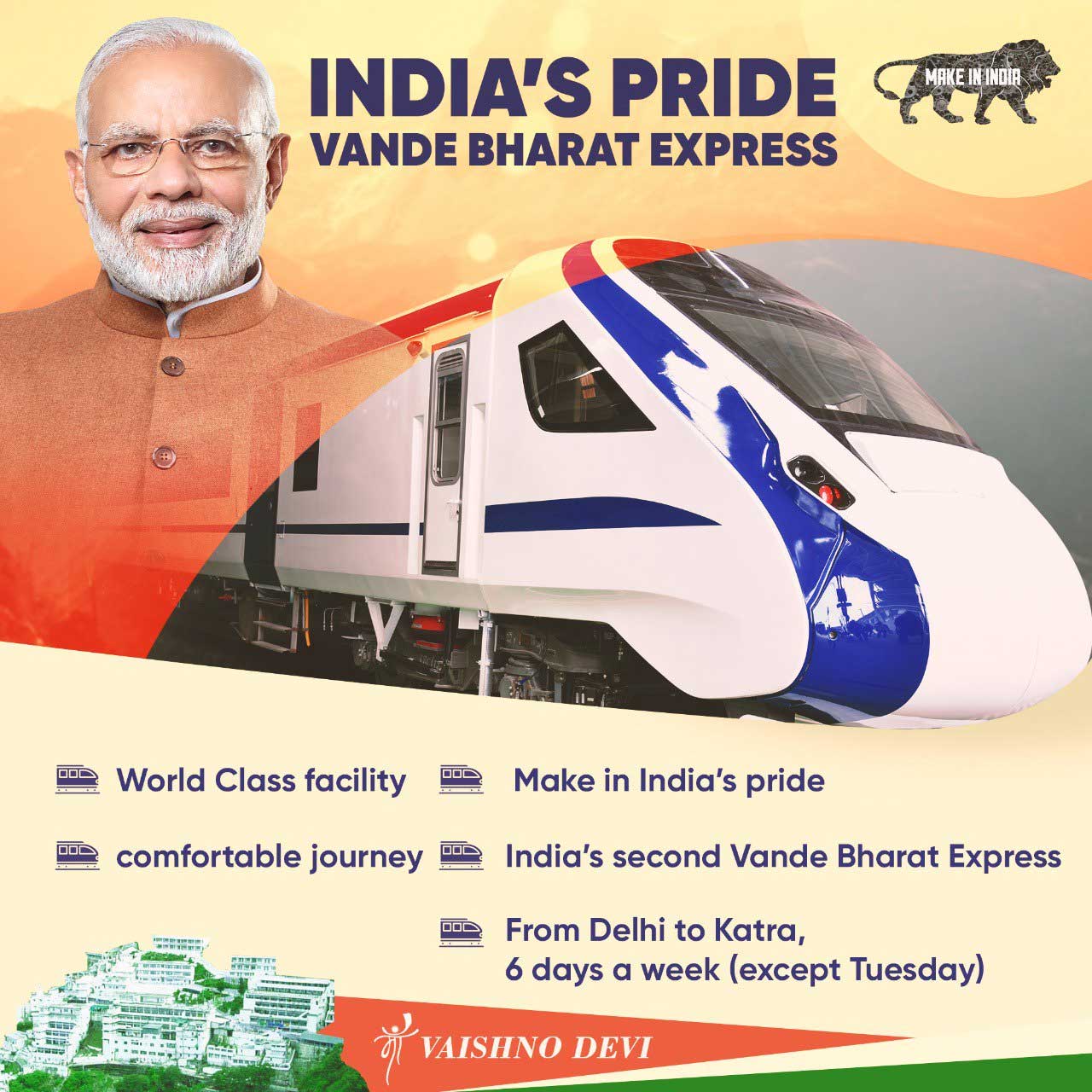 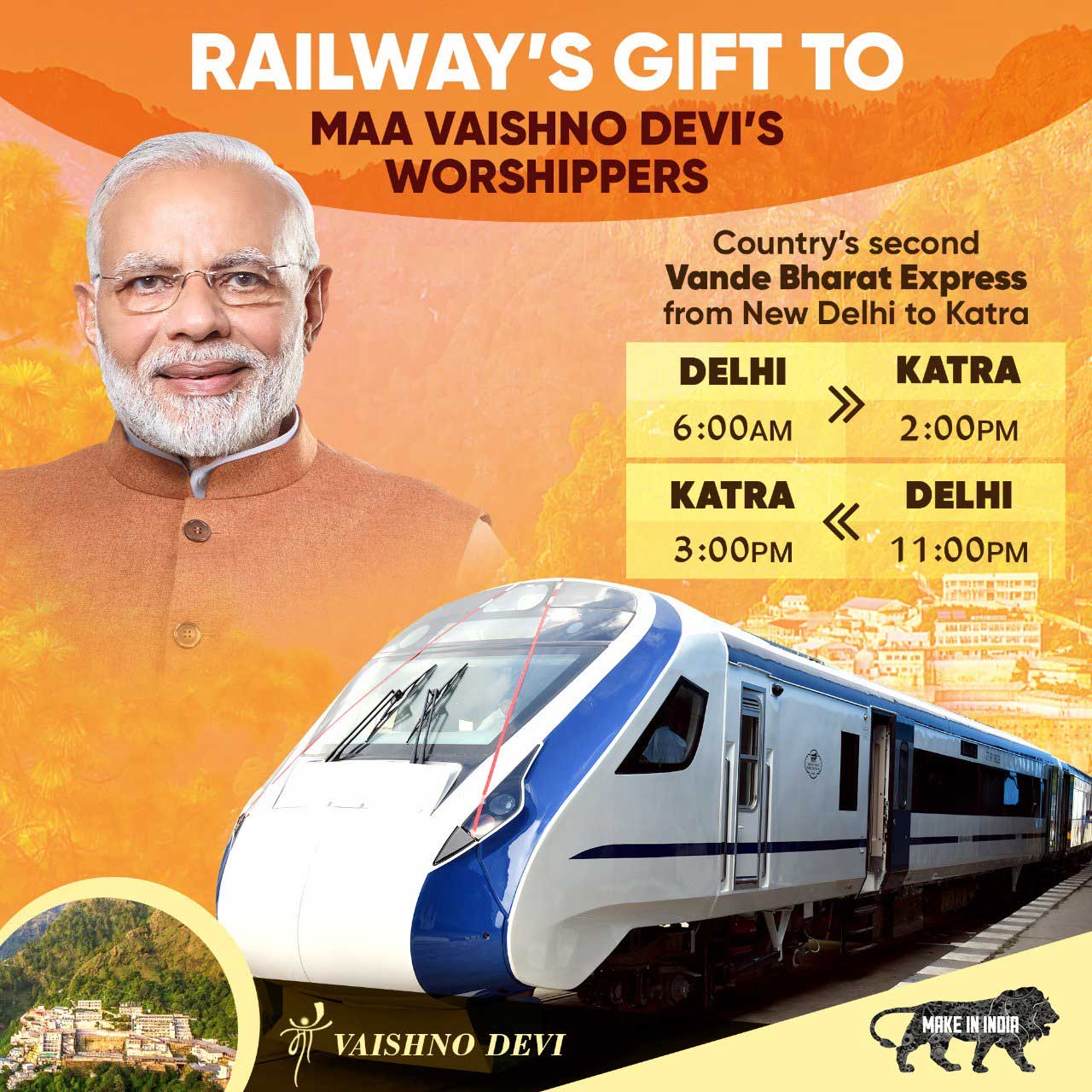 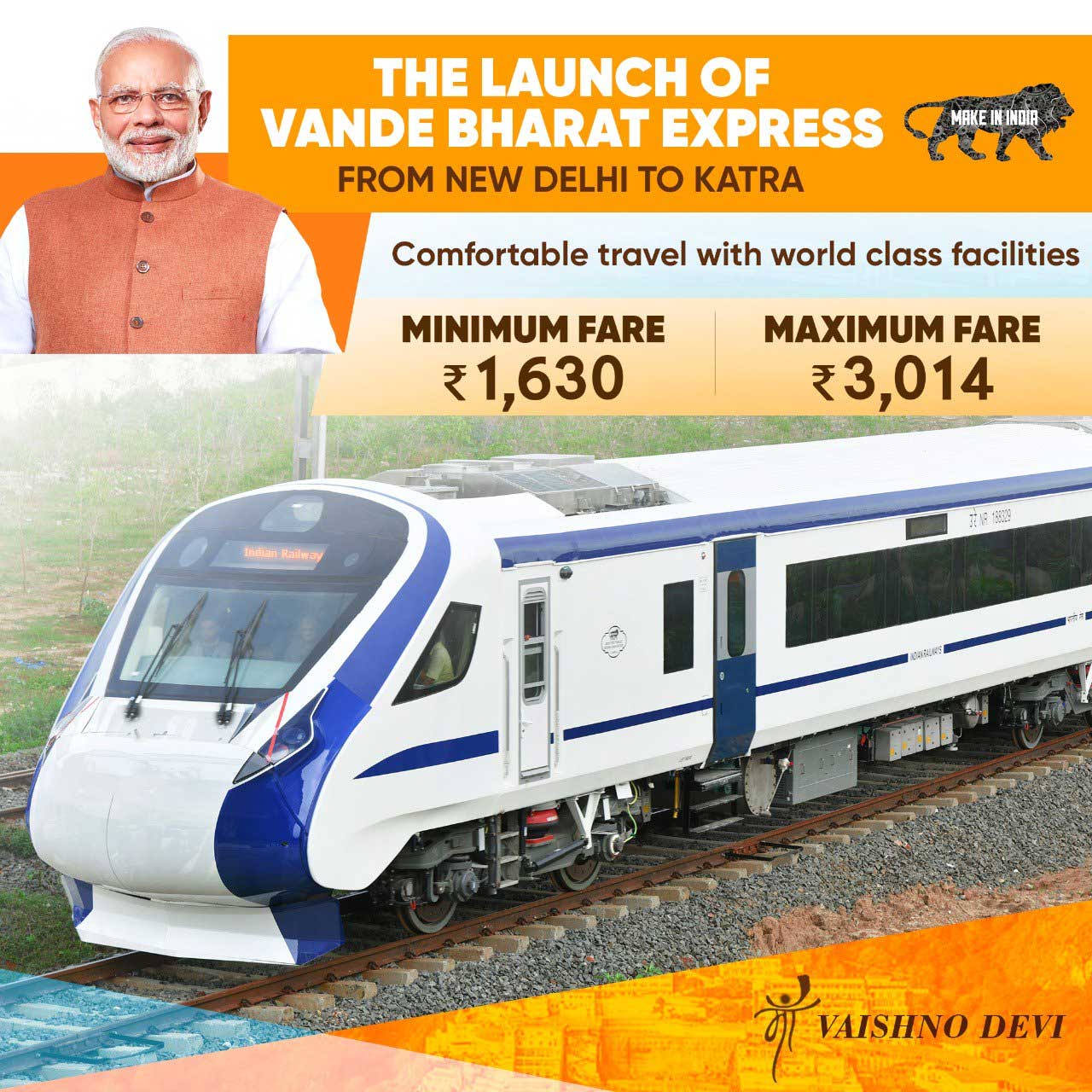 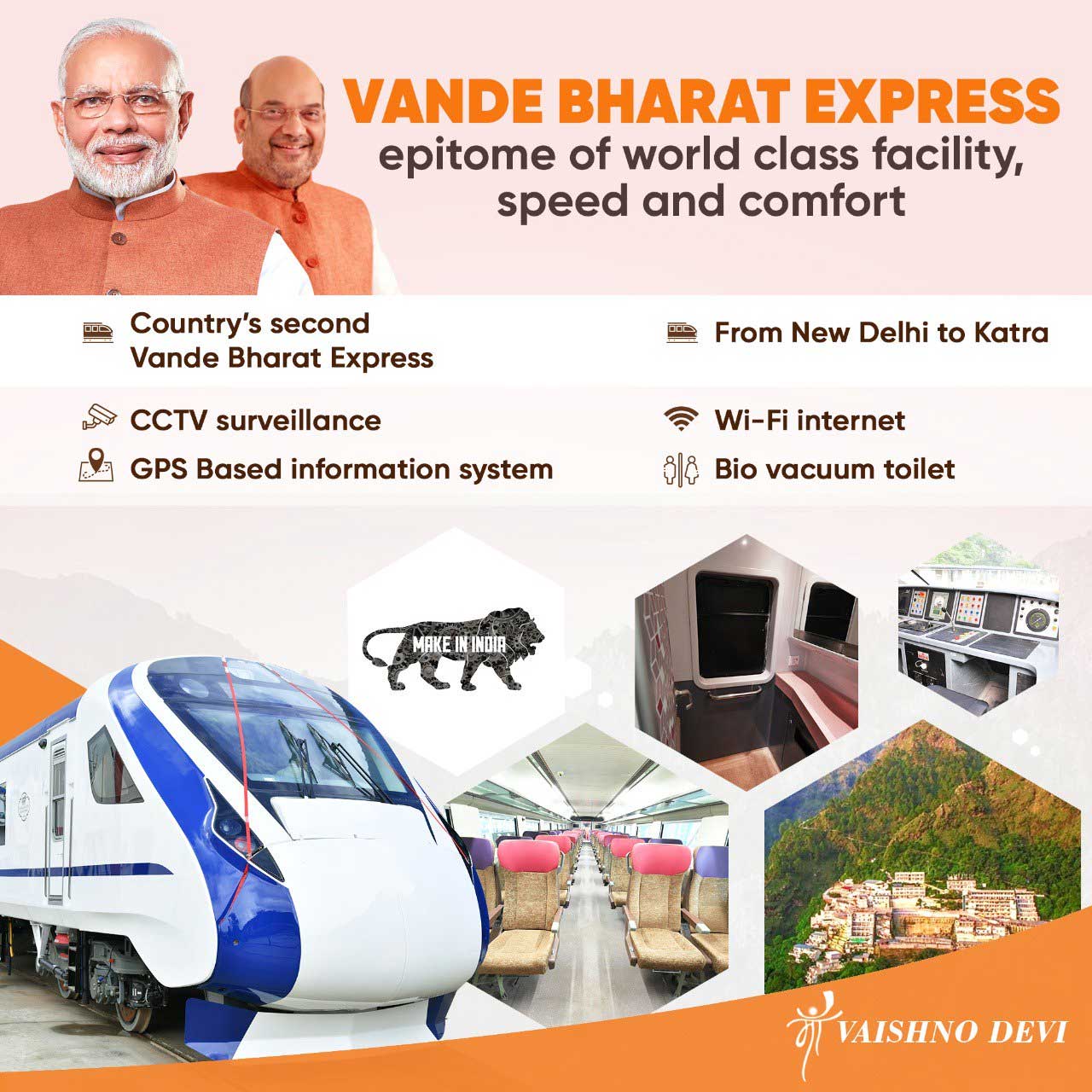