Visakhapatnam: 5 villages suffer due to Poisonous Gas Leak from L.G.Polymers 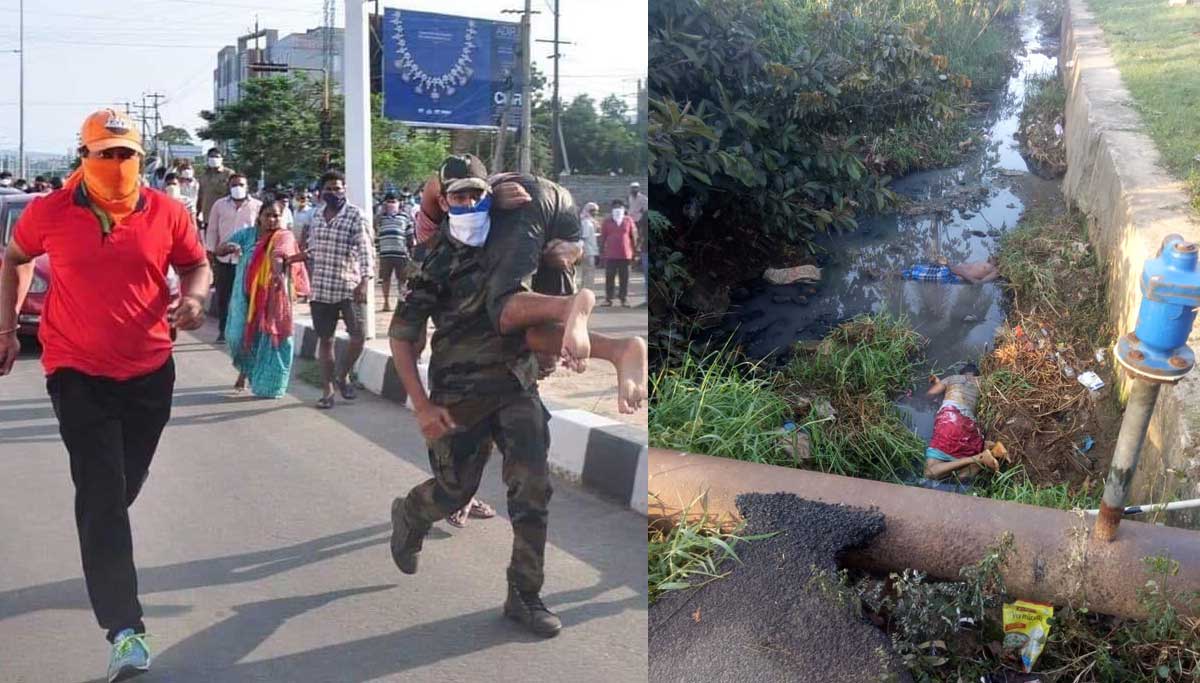 Visakhapatnam: 5 villages suffer due to Poisonous Gas Leak from L.G.Polymers

5 villages suffer due to Poisonous Gas Leak from L.G.Polymers in Visakhapatnam: Hundreds have been affected as a result of the gas leak at the LG Polymers and Chemical Plant in Gopalapatnam near Visakhapatnam. As workers prepared to open the factory this morning, gas began to leak in the early morning. Sadly, five people, including one six-year-old small girl had already lost their breath due to the styrene gas leakage from the plant in R.R.Venkatapuram.

Residents complained that the gas leak, which started at about 2:30 am from a plant in RR Venkatapuram near the Naiduthota area, caused burning sensation in the eyes, an explosion on the bodies and difficulty breathing.

Hundreds of people who were unconscious and struggling to breathe were brought to King George's Hospital in the city. Children and the elderly are most affected. Meanwhile, KGH hospital officials said the death toll could rise. 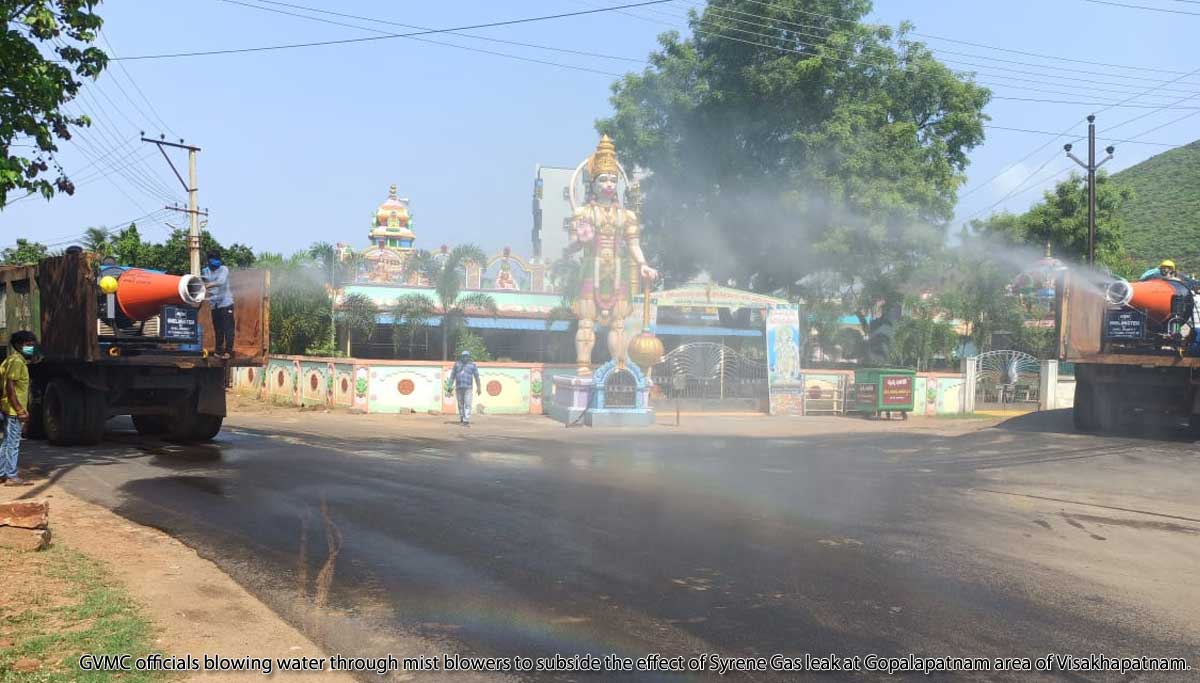 Chief Minister YS Jagan Mohan Reddy inquired about the gas leak incident and urged the district authorities to take all possible measures to save lives and bring the situation under control. It seems he will be visiting the hospital where the victims are being treated and state CM closely monitoring the situation.

Police, fire, and emergency services have begun evacuating the 5 km perimeter. Visakhapattinam's Collector V Vinay Chand said, "NTRF and SDRF officials are in the works, and they are monitoring the situation seriously. We do everything we can."

Five villages have already been evacuated, Chand said. "Most serious people have been transferred to King George's Hospital. The situation was so bad until 6am that the poisonous gas leaked. Now, it's a little dampened. Many domestic animals, including pet dogs, cattle and birds, have died. A team of veterinarians has reached the villages to assess the situation.

In a matter of hours, the situation should improve," he added. Apart from the State Government moves, Prime Minister Narendra Modi has immediately spoken to the Ministry of Home Affairs and National Disaster Management Authority (NDMA) officials regarding the gas leakage and addressed YSR. Jagan Mohan Reddy Garu to help and support the people of those areas to overcome the air threat.

Also, the Minister of State of Home Affairs G.Kishan Reddy heartfully made his condolence tweet as "My condolences to the families of 5 people who passed away due to gas leak at a Pvt firm in Vizag, AP early hours today. Spoke to the CS and DGP of AP to take stock of the situation. I have instructed NDRF teams to provide necessary relief measures. I'm continuously monitoring the situation".

Industrial Minister M Gautam Reddy said the factory would be reopened after the lockdown. We have issued guidelines and protocols for all businesses to reopen factories safely. Initial information suggests that workers checked the gas tank when it started leaking. Only a thorough detailed investigation will reveal exactly what happened.

Emergency service personnel who evacuated people due to the gas leak were also unconscious. Many children are affected. A KGH doctor said that children under the age of 10 were most severely affected. Officials said they were unable to contact anyone in the LG polymers division. 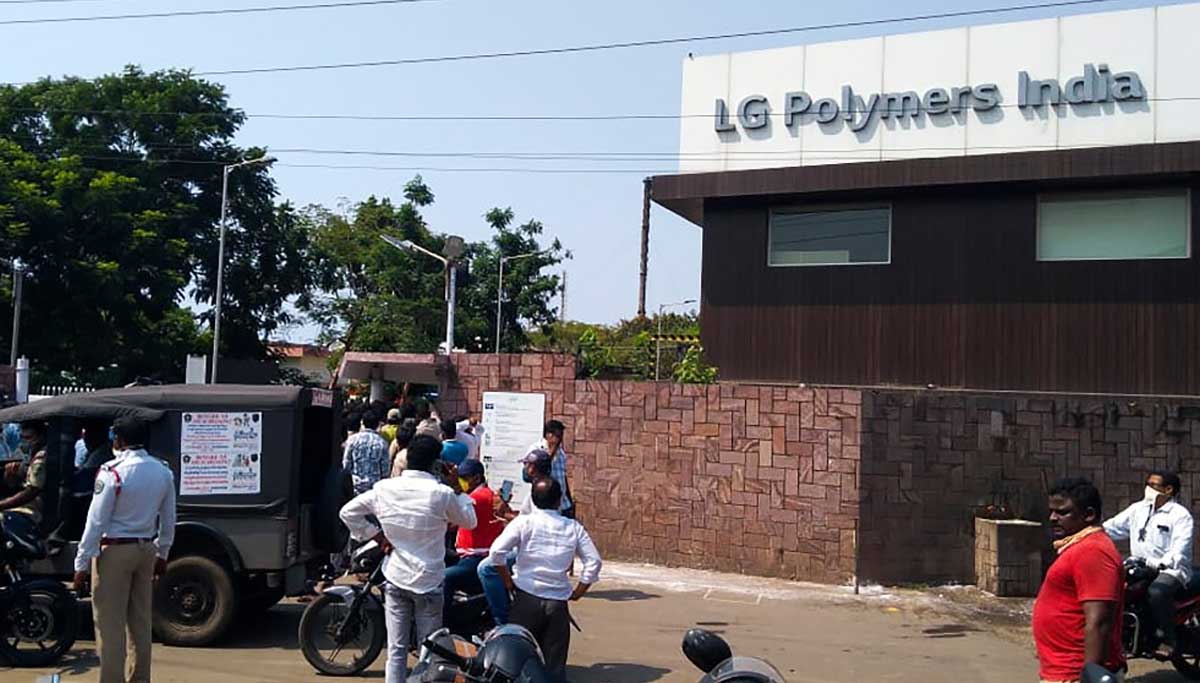 Although police officers issued notifications for people to leave their homes and the area, many were confined to their homes. "Some people came out to hear us and we took them to safety, but many locked themselves in the house. We do not know if some were found unconscious inside their homes," said an official.

Amidst CoronaVirus lockdown, Andhra and several Indian states have ordered to reopen some industries as per norms, but the gas leakage totally collapsed the AP government and Central officials to bring back normalcy.