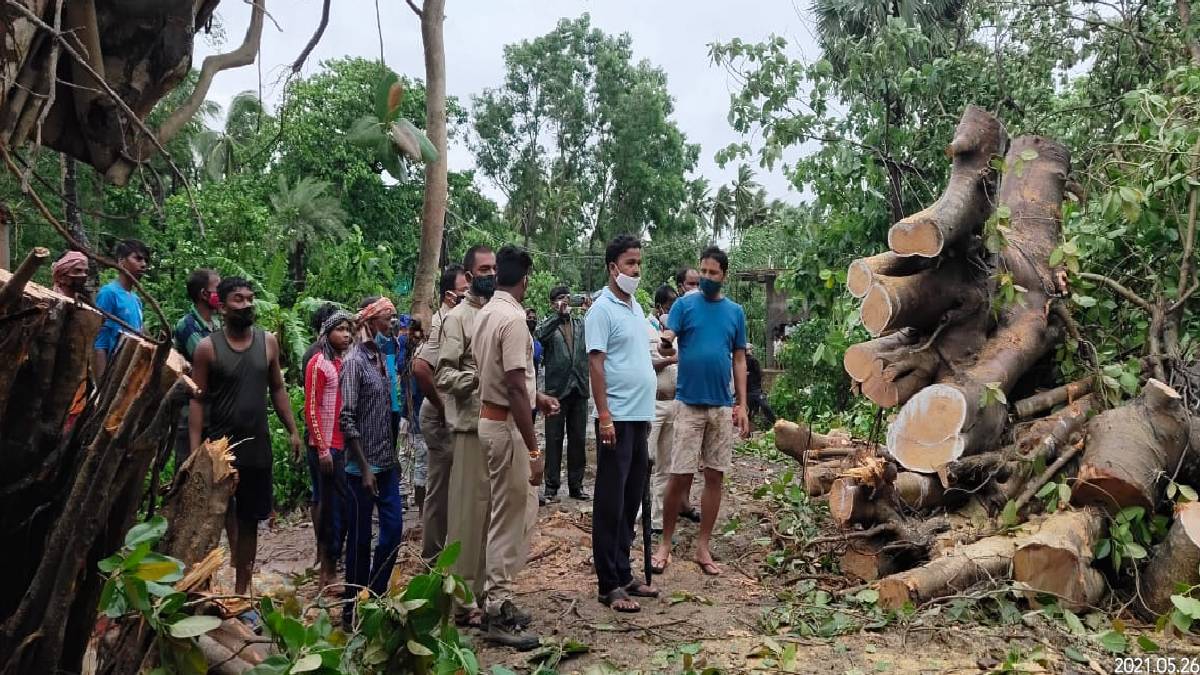 More than ten coastal districts of Odisha and West Bengal have been severely affected by the Yaas storm. Yaas, a cyclone formed in the Bay of Bengal, intensified into a hurricane and crossed the coast 20 km south of Balasore in Odisha.

The Storm was blowing at speeds of 130 to 140 kilometres per hour as it crossed the coast. The Meteorological Office has warned of heavy rains in Jharkhand today and tomorrow.

As the Storm crossed the coast, it rained with strong winds in the coastal districts of Odisha. The sea was also seen with turbulence. In a few places, seawater drove into the city.

The power was cut off due to strong winds, trees and power poles tilted. Cars parked on the roads, various items were broken and damaged. The roof of the petrol station was blown away by the Storm. The National Disaster Rescue Force was called in shortly after the Storm passed.

The Storm is expected to hit the Bhadrak and Balasore districts of Odisha hard. West Bengal's West Midnapore, North and South 24 Paraganj districts, 120 kmph at Kolkata, winds will be vital. In the coastal areas, sea waves rise to a height of 2 to 3 meters.

Coastal districts of West Bengal severely affected by the Yas storm. Villagers stranded in flood-hit Midnapore were rescued by boats by the National Disaster Rescue Force.

Chief Minister Mamata Banerjee has said that 3 lakh houses have been damaged, affecting one crore people in the state. He also noted that 134 precautionary measures had been broken.

Mamata Banerjee also said that Rs. 10 crores has been allocated for the first phase of relief work and ordered the authorities to carry out relief work in full swing.