Is Amit Shah to be the successor of Narendra Modi? 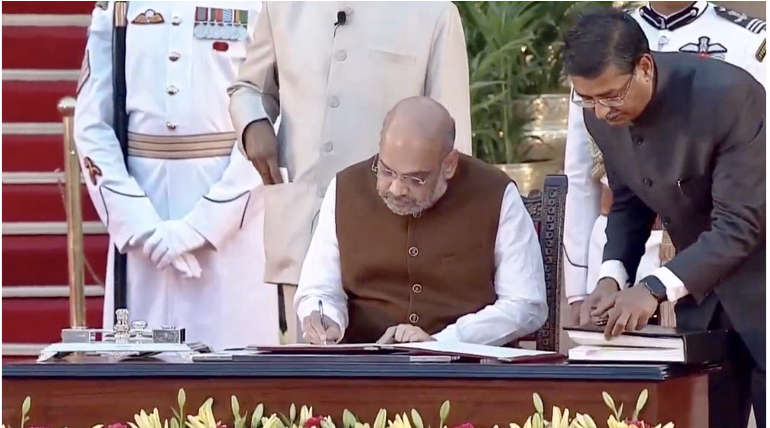 Amit Shah yesterday took oath as a cabinet minister in NDA 2.0. He was the third person after Modi and Rajnath Singh to take the oath. Even Nitin Gadkari took oath after Amit Shah. It implies the importance given to Amit Shah now in the country's administration. His partnership or Jodi as it is commonly referred with Modi is nearly four decades old. It was during his young age he met Modi in 1986 that changed Shah's life once and for all.

Rise and Rise of Shah:

A shrewd share market investor became the most trusted lieutenant of Modi for the past 40 years. The Jodi swept through Gujarat till 2014. Then they came to take on the nation and won a massive victory in 2014. He was made the BJP President a coveted post held by seniors like LK Advani and prominent leaders. In 2019 he was allotted the coveted Gandhi Nagar seat in Gujarat. Advani previously won it several times. Shah who has not lost a single election from 1980 he contested won the Gandhi Nagar constituency by a huge margin of 5.5 lakh votes. It broke all the records of Advani in the constituency.

Shah, the new finance minister With Arun Jaitley opting out of any responsibility in the new NDA 2.0 yesterday, it is now hinted of Shah becoming the next finance minister of India. Shah who was once holding 12 portfolios in Gujarat Government is the man Friday for Modi. Shahs if made the finance minister have the uphill task of reviving the economy and also fulfil the poll promises. Shah equipped with the capability to handle any situation will win this new challenge too successfully.

Is Amit Shah Successor of Modi?

Amit Shah is only 56 years old and Prime Minister Modi is now 68 years old. After the next five years of rule, Modi will be 73 years old. As per his policy of people above, 75 years should retire from politics, another term for him will be a tough decision. But Amit Shah could be the successor of Modi in BJP because of his trust and hard work he is doing for Modi and BJP.

Is Amit Shah to be the successor of Narendra Modi?