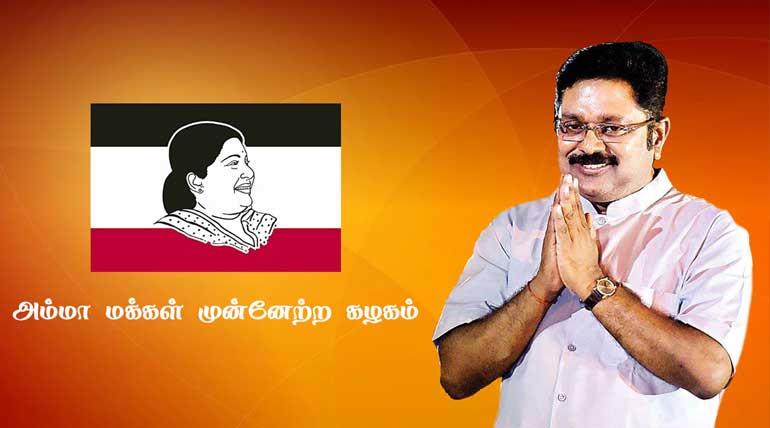 Amma Makkal Munnetra Kazhagam (AMMK) decided not choose any candidate for the Vellore slated to conducted on August 5th, 2019. The process of registration with the election commission and getting the permanent symbol of the party is still going on.

If at all, a candidate should contest, he should project himself as an independent candidate. Vellore was the one constituency which was left out during Lok Sabha polls underlining some bribe issues.

Speaking about this the party leader TTV Dinakaran said reporters, "There is an attempt to create a bad image by stating that everyday members are leaving the party. We held a meeting on Sunday to discuss and decide on the Vellore election participation. It was decided unanimously not to contest and hence the declaration made."

"Two more assemblies by-polls are taking place a little later, and we refrain from participating in that too. As long as we do not get the permanent symbol, there is no point in contesting as an independent party.

The process is still going on, and we expect it to get completed soon post which we represent from AMMK proudly," averred the party leader.

There are huge expectations on how the supporting votes of AMMK would be shared. Which party will pocket these votes?

A senior journalist opined that since it is assembly elections, the native Vellore member who is service oriented may get an excellent chance to bag these votes.

Another journalist pointed out that Dinakaran was targeting all ADMK votes, but since he is not contesting, ADMK supporters are left out with no option except to support the party.

Another journalist highlighted that Dinakaran usually decides with courage. This time the party becomes risk-averse. "Below 5% of votes is not a good sign for the party; hence, the decision might have taken, said another senior journalist.

However, the party leader noted that the decision was taken based on the comment and feedback from (the office bearers and the former agricultural minister Pandurangan who would have represented the party if the party contests) that the party should be registered first before contesting.