Will the First Budget of Modi 2.0 Bring Relief to the Farmers Distress and Unemployment? 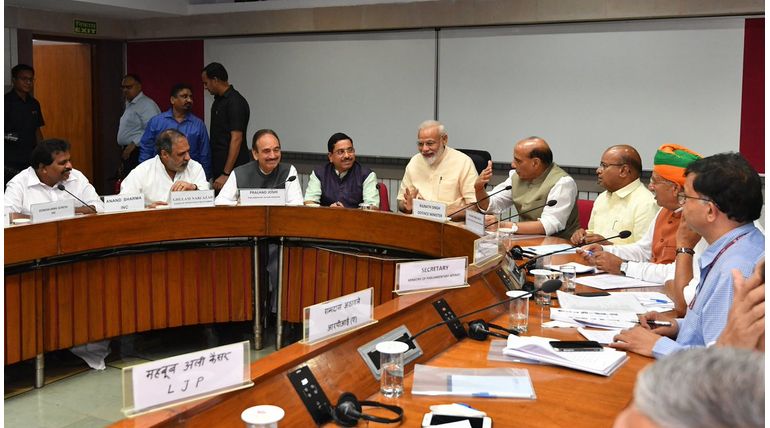 Yesterday Prime Minister Modi chaired an all-party meeting, one day ahead of the first parliament session from 17.6.2019. Many leaders of the opposition attended the meeting. The meeting was conveyed for the smooth functioning of the two houses of parliament. This monsoon session of the parliament will function from June 17 to July 26. During this period, various bills like triple talaq, amendment bill, an extension of President rule in Kashmir will be pushed by the Government. Also on July 5 the finance minister Nirmala Sitaraman will present the budget.

The new finance minister Nirmala Sitaraman face a Himalayan task of balancing the budget. Faced with the worst GDP figures in more than four years and an unemployment rate at a 45 years low, she has to present the budget. Also, the farmers' distress and India on the verge of facing the worst drought in 65 years will add fuel to the fire. The poll promises are another big concern to be fulfilled in the budge. Hence the budget will be the eye of the storm of this parliament session.

Prime Minister Modi in a tweet has said the meeting yesterday was fruitful. A similar all-party dinner meeting is scheduled on June 20 to discuss freely conducting one election for the Lok Sabha and all states. In Sunday's meeting also it was discussed to have simultaneous elections. Will it be fruitful will be seen on June 20.

June 19th meeting of all Party-MPs in Parliament:

Apart from yesterday's meeting and the dinner meeting, Prime Minister Modi also invited all the presidents of parties with MPs in Parliament. It is to discuss the celebrations of the 150th birth anniversary of Mahatma Gandhi and the 75th Independence Day in 2022.

All these steps by prime minister Modi to rope in all concerned for discussing issues is a clear sign of cordial relationship. But it is only time to say whether all this and the budget will be fruitful for the people of India.