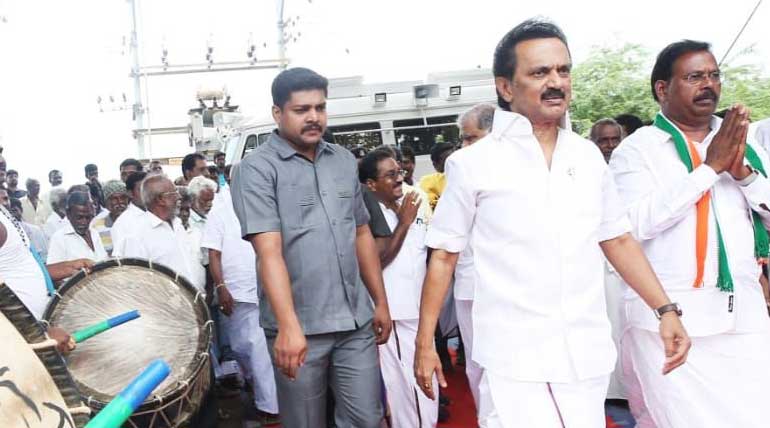 The Nanguneri Assembly Constituency is set to have the by-polls due to the vacancy of MLA H Vasanthakumar, who has been elected as the Lok Sabha MP. Stalin recalled the achievements that has been accomplished during his Father's (M Karunanithi) Period.

Stalin highlighted the things related to Female Empowerment such as

The introduction of various kinds of Subsidies has also been successfully executed during their rule, he added.

The DMK leader also pointed out the atrocities and irrational things done to Tamil Nadu people by State & Central Governments, respectively. Stalin also condemned the alleged imposition of new (Hindi) Language by humiliating the feelings of the general public.

The meeting was held in Kadamboduvalvu, a Panchayat Union of Nanguneri Constituency. There are 2,56,414 total voters in this assembly constituency, of which 1,27,025 were male voters, 1,29,385 being the female voters, and four other voters.

23 Candidates were in the fray for this Nanguneri constituency, and the election is slated on 21st October 2019. The results for the by-polls are set to be announced on the 24th of this month.