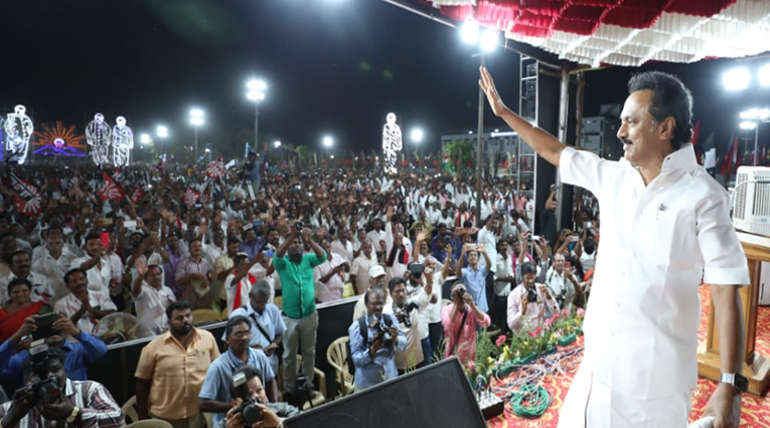 DMK President M.K Stalin comments over state government of its persistent petitions over the court to sustain the delay of the local body elections. He affirms that the inability to procure the elector rolls can never be a justification for the suspension of the by-election.

A disconnect from Democracy

He alleged S.P Velumani  (Municipal Administration minister) for his intentions of exercising his direct control over the local bodies. He states that his overall aim is to somehow procure allowance from the tenders allocated for the accomplishment of works in the local bodies.

Stalin finally ends up with the statement that the ruling party is pressured after knowing its decline over the upcoming election.