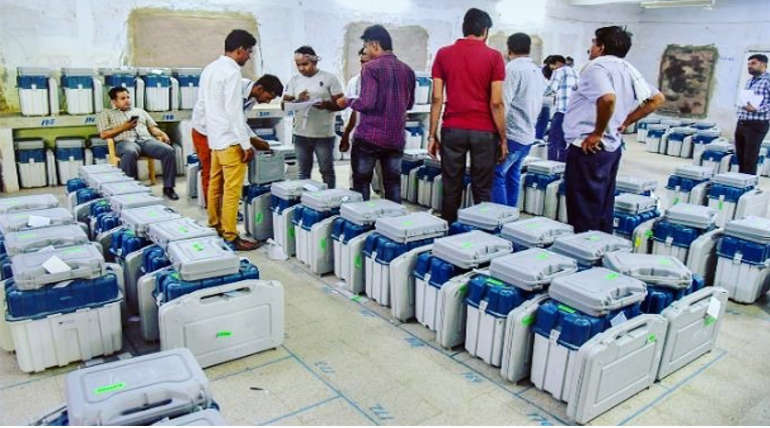 The Fifth Phase of Lok Sabha election took place throughout the country and the total turnout is recorded as 63.5%. According to EC, among 2.47 crore people 57.33% has cast their votes in 14 seats of Uttar Pradesh. It includes the political stalwarts of various parties such as Sonia Gandhi, Rahul Gandhi, Rajnath Singh and Smriti Irani were in contention.

The polling percentage in other cities is marked as 63.78% in Rajasthan (for 12 seats), 63.88% in Madhya Pradesh (for 7 seats), 57.86% in Bihar (for 5 seats) and 63.72% in Jharkhand (for 4 seats) has been polled on Monday. The turnout for West Bengal is 74.42%, where the incident between Trinamool Congress and BJP took place. It includes bomb hurling, injury due to lathi charge for a candidate and attacks on Contestant and beating of polling agent has been reported in the constituencies of Bangaon, Barrackpore, Hooghly and Howrah.

In the epic Amethi constituency, Union Minister Smriti Irani of BJP claimed that Congress President Rahul Gandhi has been involved in booth capturing. The chief electoral denied this incident and explained that it is a baseless statement. At state capital Lucknow, there were some prominent faces like Home Minister Rajnath Singh (BJP), Bahujan Samaj leader Mayawati and Deputy CM Dinesh Sharma.

There was a slight delay in the voting process for about 30 minutes in Saran (6 polling stations), Madhubani (2 polling station), Sitamarhi and Muzaffarpur (each 1 polling station) faced technical difficulties in EVMâ€™s, which later rectified by the officials.

With the Fifth Phase of Lok Sabha election, for 424 seats has been ended and the election for remaining 118 seats is scheduled on 12th; 19th of May, 2019 respectively.