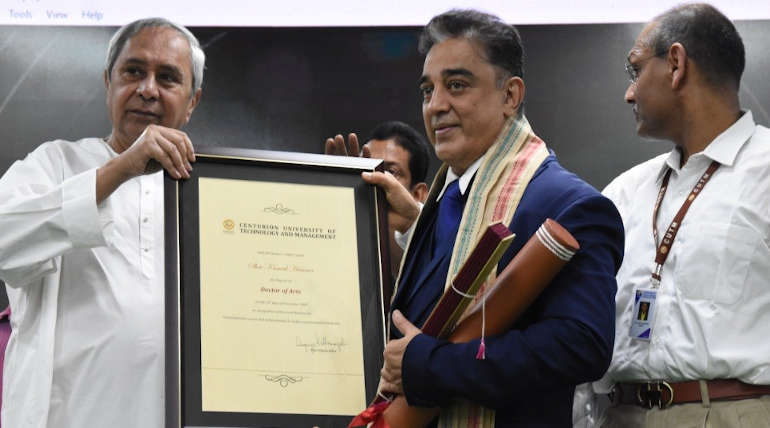 Famous actor and Makkal Needhi Maiam president Kamal Haasan met Odisha Chief Minister Naveen Patnaik on November 18, 2019, during his visit to Odisha. The Biju Janata Dal President and the five-time chief minister were all praise for Kamal as they met for more than 30 minutes in his official residence Naveen Niwas. Kamal said he was a listener for all the advice of Naveen Patnaik. On asked about a political alliance with BJP, Kamal said only senior leaders have to decide on it.

Kamal was on a one day visit to Odisha on 18 November for a program organized by a private institution. He visited many places in Odisha, like the skill development center at Centurion University. Kamal also opened a butterfly park which is named Rajkamal Butterfly garden.

He freed butterflies into the garden while opening it for the public. The chief minister tweeted that he had welcomed Kamal for a more extended visit to enjoy the heritage and culture of Odisha. He also said that they had talked about many things, including politics.

Kamal said he was only a listener when the CM was speaking and learned a lot about politics, including some advice.