Lok Sabha Elections 2019: BJP or TMC, Who will hit the bulls eye in West Bengal? 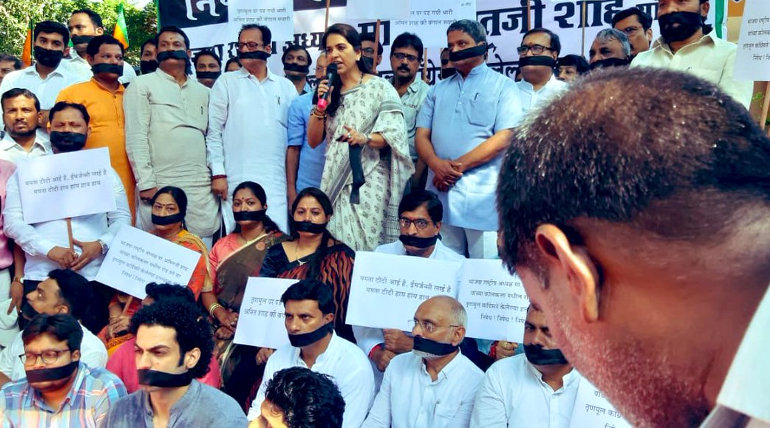 The other constituency which is instigating more interest is Jangipur which is headed by Abhishek Mukherjee son of Pranab Mukherjee as MLA. He managed to retain the constituency with a slender margin of 8315 votes in 2014. But this time trend is reversed where Khalilur Rahman of TMC is leading the constituency. Bardhaman-Durgapur is another being watched out where BJPâ€™s Ahluwalia is the current MP and the trend gets continued in this poll as well. In Jadhavpur constituency TMCâ€™s celebrity candidate Mimi Chakraborty is fielded against BJPâ€™s Anupam Hazra. The right strategy as of now where the actress Mini Chakraborty slightly leads against Hazra.

In Raiganj constituency, BJPâ€™s Deboshree Chowdhury is leading against congress Deepa Dasmunsi and Leftâ€™s Mohammed Salim. TMC swept the Kolkata constituencies with where in the North two-time MP Sudip Bandopadhyay is leading by 8010 votes against Rahul Sinha of BJP. In south Mala Roy of TMC leads the battle by 44627 votes against BJPâ€™s chandrabose the grandnephew of Netaji Subhash Chandra Bose. In Krishnanagar constituency Mahua Moitra of TMC is leading by 22193 votes against Kalyan chaubey of BJP. In Alipurduras, John Barla of BJP has taken a lead against nearest rival TMCâ€™s Dasrath Tirkey. Though the trend turns off BJP, it manages to exceed 10, unlike 2014 elections where BJP won in 2 constituencies. Indeed, hitherto this election turns out better for BJP in West Bengal.


Lok Sabha Elections 2019: BJP or TMC, Who will hit the bulls eye in West Bengal?