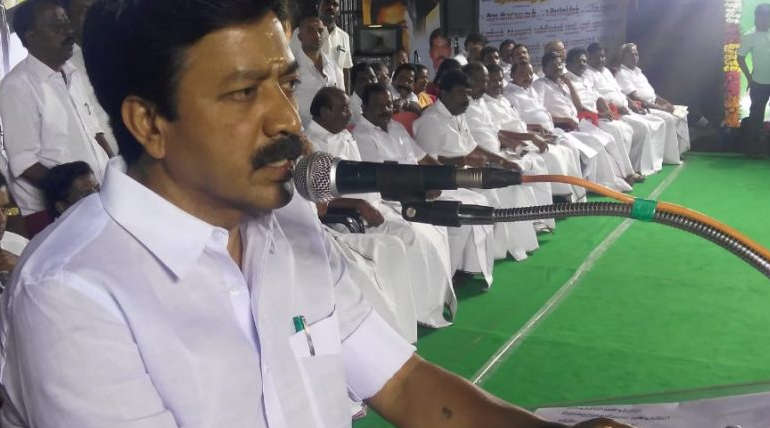 AIADMK minister CV Shanmugam today met the Press and criticized DMK leader Stalin. He was highly critical of Stalin and even his father, Karunanidhi. He dared Stalin to put a stage and fight on personal matters. Even the Press persons were shocked  on his daring attack on Stalin which includes