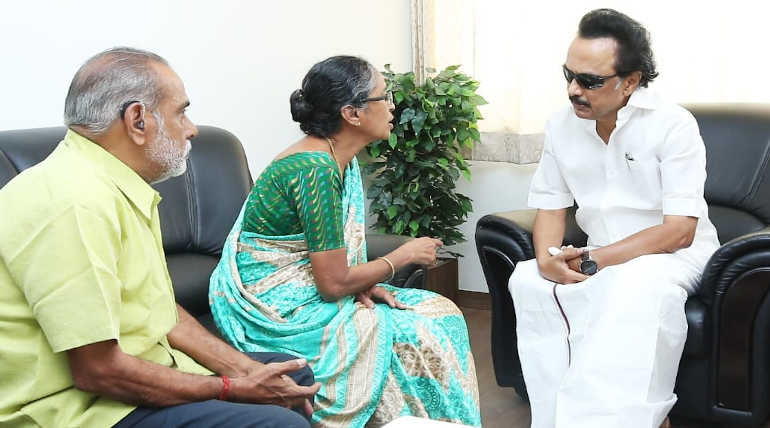 DMK president M K Stalin ups the ante against AIADMK with local body elections around the corner. He criticized the chief minister for saying that he did not know about a woman losing her leg due to an accident by the AIADMK flag post on 11 November. Stalin accused the CM that his answer is similar to what he said about the killing of 13 innocent people by Tamil Nadu police in Thoothukudi. Stalin also criticized the AIADMK government showing negligence for social justice due to which the Madras High Court has recently stopped government employees' pension claims.

DMK leader Stalin visited the ailing Anuradha in Coimbatore on 17 November 2019. The said young lady met with an accident in Coimbatore in an attempt of dodging a falling AIADMK flag post that was kept for welcoming the CM to a marriage function. She was run over by a vehicle that came behind her. She was hospitalized in a private hospital. Though there was excellent treatment, she had to amputate one leg yesterday. Stalin met the young lady in the hospital and promised all help on behalf of DMK to get an artificial leg. He spoke to the PRESS later accusing AIADMK and CM on many issues.