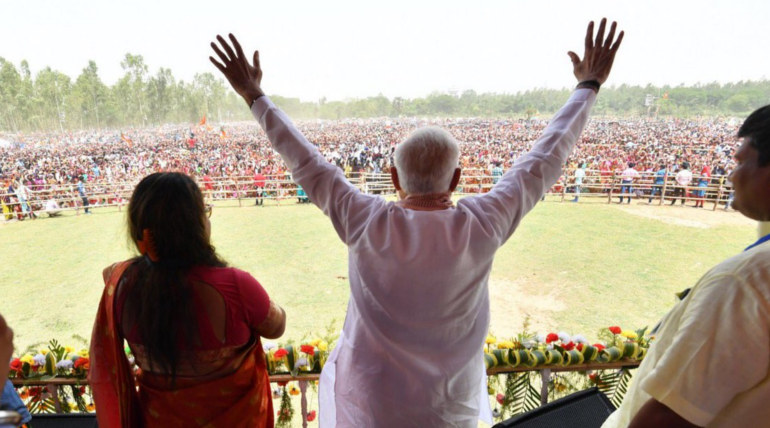 Lok Sabha elections and its connected news dislodge the other information to catch the headlines. With this enthusiasm, even dust will be quibbled as a smoke screen. It was indeed wrong that Prime Minister Narendra Modi has floated an offensive statement about Rajiv Gandhi that he has transitioned from Mr.Clean to Corrupt number 1. Surprisingly BJP leaders have come for rescue. One of the BJP leaders from Karnataka, Srinivasa Prasad declared, “It is known to all that LTTE’s conspiracy has assassinated Rajiv Gandhi and he didn’t die due to any corruption allegations. I duly respect Modiji but his concerted attack on former Prime Minister is not acceptable.” It was reported that even the tallest personality like Vajpayee has spoken many good things about Rajiv Gandhi.

Responding to Prime Minister’s statement, Prasad said, “It was at his very young age he took a lot of responsibilities. It is a known fact that Rajiv Gandhi has come as an aide to his mother Indira Gandhi at the time when his elder sibling Sanjay died in an air crash. This insulting statement has raised the hackles of many as it has come from an unexpected and the most revered person in the country. The Martyr’s daughter and son chose to call it as an insult to his martyrdom and karmic deed.

Amidst all this, Modi has challenged Congress to fight the remaining two phases of the election on the issues of BOFORS and Bhopal gas tragedy. To highlight, BOFORS scandal is a weapon-contract political scandal occurred during the Congress period. Similarly, Bhopal gas tragedy also took several lives in Punjab as the pollution by the pesticide factory took a toll on Peoples’ lives in Bhopal. Incidentally, this also took place during the Congress era, particularly during Rajiv’s rule. It is reported that this has happened due to the poor maintenance of equipment and compromise in safety adherence. But Priyanka gave back to Modi stating that “Why, not the elections be fought contouring the issues of farmers, GST and Women’s security?”