Preparations for the Counting Day are Underway in Tamil Nadu 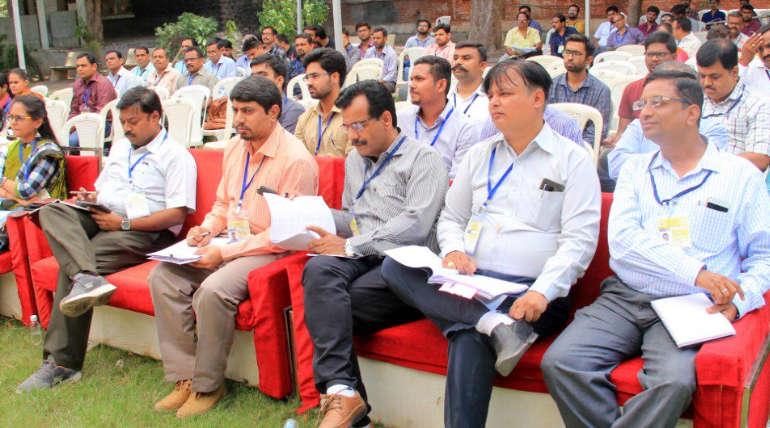 Meeting held regarding the planning of vote counting

The elections that started on April 11 has now finally come to an end which comprised of 542 Lok Sabha constituencies and 22 assembly constituencies by-poll in Tamilnadu. The vote counting is scheduled for May 23 rd in 43 centres around Tamilnadu. The police protection has been tightened around high risk and very high-risk centres with more than 1,00,000 policemen guarding.

The counting starts at 7.30 am on Thursday. The centres are provided with 14 benches on which the counting is done. For each desk one invigilator, one assistant and one observer will be present to do the counting.

Besides each desk will be one correspondent for each candidate who examines the EVM machines for tampered seals or any unnecessary markings etc., which may indicate foul play. The first round results will be announced by 9 am and by 1 am it will be clear what party has the majority.

The verifiable paper records from the VVPAT are also counted on that day. The VVPAT or Voter Verifiable Paper Audit Trail system was introduced in this election where the voter is given a paper generated after voting that has the symbol and name of the party they voted. The voter can ensure that the vote has been recorded correctly. This method was introduced after the election commission was accused of malpractice. The final results will be announced after cross-checking of 10% votes randomly with the VVPAT papers. The final results will be announced within 23 rd night even if some delays are expected. With both the Lok Sabha and the 22 by-poll election votes are being counted on the same day, Tamilnadu is in nervous mode over its future.