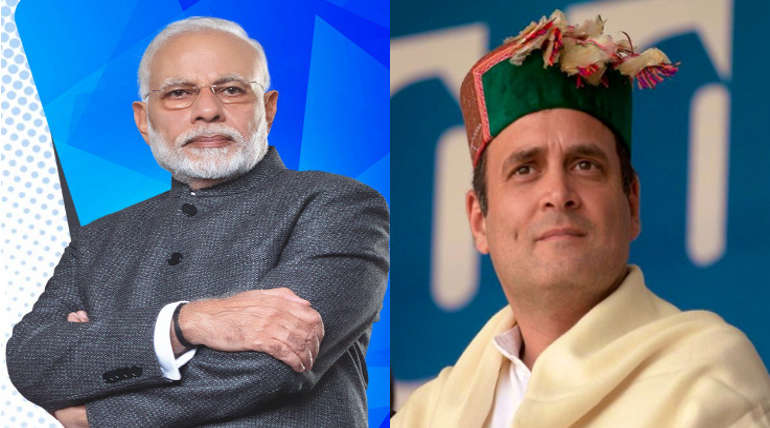 Narendra Modi and Rahul - Most active politician in social medias

Social media role on Lok Sabha elections 2019: A lot of speculations going on right now on which of the two parties will ascend the throne? Social Media of late, plays a paramount role in deciding various factors. Social media does not need any definition. Not much skill required and it always keeps everyone engaged irrespective of age factor. But there is a question now with the different options available in the social media expanse. Twitterâ€™s poll response is being considered on top of other social media as there is a general belief that elite people hold accounts on the same and the perceptions of those will be close to accuracy.

Here questions arise with the options, the social media does have. Is retweet the best or engagements the best? If retweet is the best then the Twitter-verse is Prime Minister Narendra Modi has the whip hand. On the other hand, if engagement is the best to rate then UPA leader Rahul gets control over it. Altogether 11 players have been taken in the group and finally 2 supremos Narendra Modi and Rahul Gandhi who have the edge over others are considered. As per the intelligence report is taken from Twitter by a popular daily it is reported that Modi stands the best in terms of retweets and favourites but in terms of engagements Rahul gets the best response. This is taken for a period between 10th March and 30th April.

The retweets and favourites come around 20.7 million which is 5.5 times more than Rahulâ€™s 3.7 million. BJPâ€™s other veteran Amit Shah even inched past Rahul scoring 3.8 million. Nevertheless, in terms of engagement per tweet, Rahul overrides Prime Minister scoring 8094 retweets compared to Modiâ€™s 4844 tweets. Also, the number of favourites shows a similar trend of 30,673 for Rahul and 19,242 for Modi. So how do we arrive at the decision point? Is there any modus operandi to infer between these two?