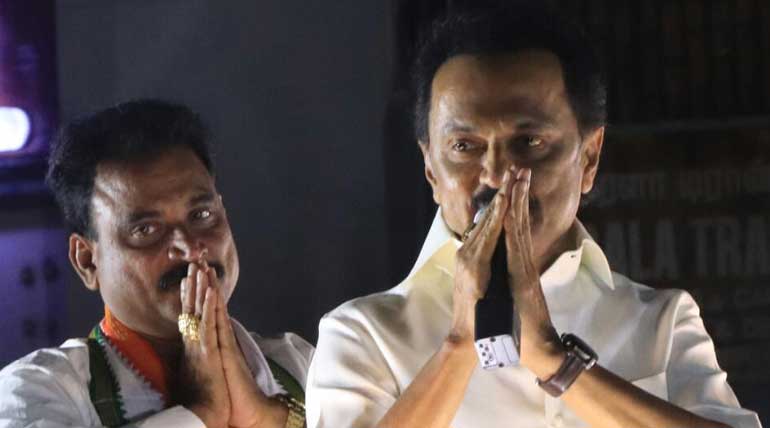 Stalin continues his campaign unmindful of CM's aggressive accusations: DMK leader Stalin continued his campaign for DMK candidate Puzalendi in Vikravandi yesterday.  He also on his part spoke about DMK's achievements for Vikravandi constituency during their previous rules and accused AIADMK  and BJP central government also on many issues including

In another development, Rama Nagarathinam, chief convener of Vanniyar societies across Tamil Nadu pledges his community Vanniyar support to DMK. The reason he said in a PRESS meet is that it was only in Vikkaravandi that 21 innocent Vanniyar's died in the struggle for Vanniyar's due recognition in education and jobs.

Many twists are yet to happen today is the last day of the campaign for by-elections in Vikravandi and Nanguneri constituencies. There could be more aggressiveness of CM and Stalin to be seen before 6 PM when the campaign ends. But it is the people to decide on 21st October and who wins will be known around 1 PM on 24th October.