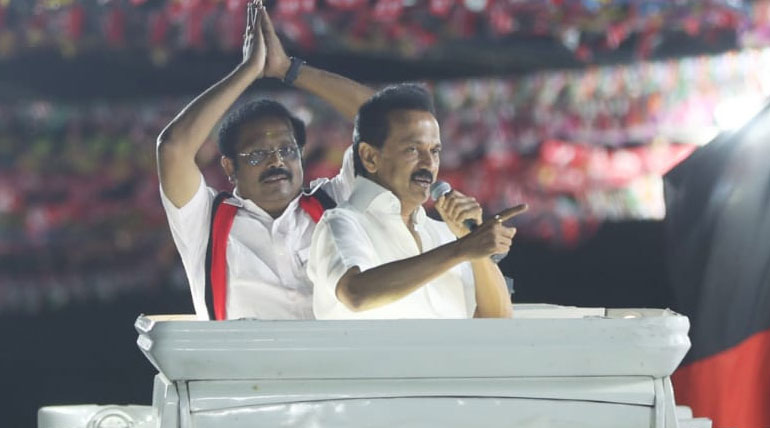 MK Stalin election speech of water shortage and Durai Murugan's opposition to water sent by train to Chennai: MK Stalin spoke at an election meeting in Vellore Today garnering support for his DMK party's candidate Kathir. The MP election for the Vellore constituency is to be held on August 5th. Will the DMK maintain its winning streak in the Vellore MP constituency also?

What did Stalin speak in the meeting? 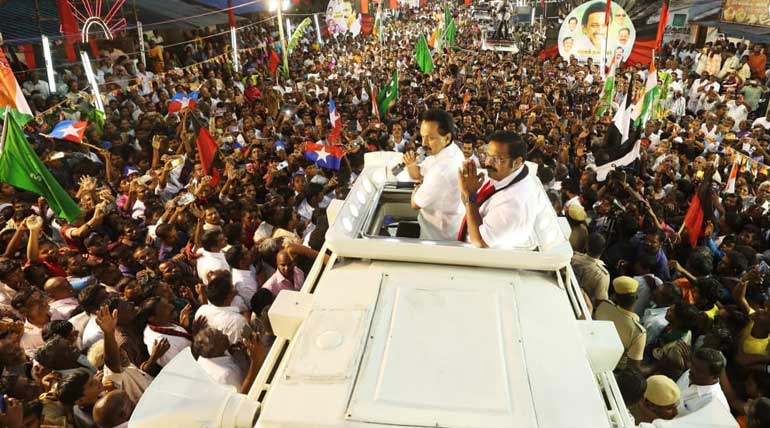 As usual, Stalin spoke about the issues of water shortage, youth unemployment and his party MPs achievement in Delhi to cut short the imposition of Hindi. But it was Duraimurugan who opposed the water from Jolarpettai part of the Vellore constituency to be taken in the train to water starving Chennai. Also, the imposition of Hindi is still looming large in many central Government exams.

The Vellore people will cast their votes on August 5th to elect their new MP.  Whoever is winning should help in uplifting the Vellore constituency and protect the rights of the Tamil people in Delhi.

Why the MP election in Vellore now?

For the first time in the history of Election Commission, it countermanded election to an MP constituency. The infamous constituency was Vellore. It was recorded in history as a constituency to cancel election due to excess use of money power. The elections cancelled on April 16th,  just two days before the general elections on April 18th.

DMK is the opposition party in the state and won 37 MPs out of the 38 MPs from the state. Having received a blank in the previous election in the last Lok Sabha elections, it was a stunning performance by the DMK. +Also, it gains prominence all over India as it was only one among the two states out of all the 29 states to win against the mighty BJP. 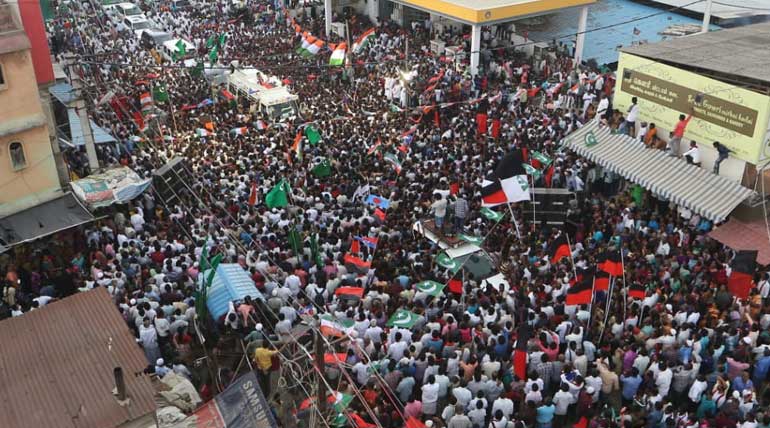 Who are contestants in Vellore constituency?

Both the DMK and AIADMK are fielding high profile candidates. It is Kathir Anand from DMK and AC Shanmugam from AIADMK all-party alliance. Kathir Anand is the son of the DMK party treasurer Durai Murugan. AC Shanmugam is a prominent educationist with many colleges in Vellore and other parts of Tamil Nadu. He was arrested in 2005 by the AIADMK government for encroaching poramboke land in Maduravayil near Chennai.