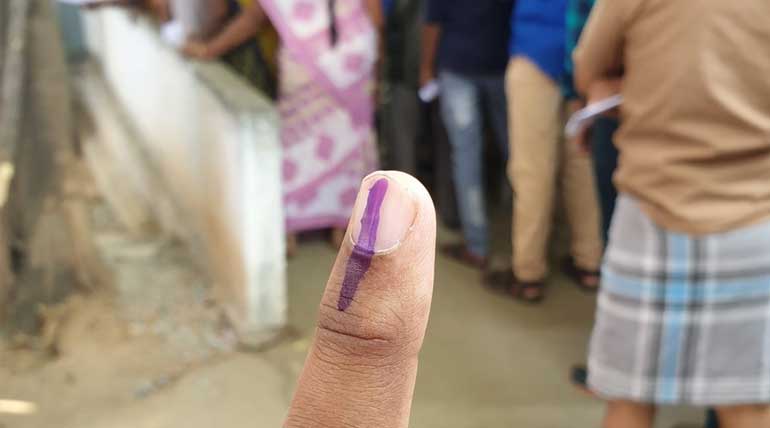 Why is today's election to the 4 constituencies considered crucial for ruling Tamil Nadu?

Along with the 7th and last phase of the 2019 Lok Sabha elections in 59 MP seats in 8 states elections are conducted in Tamil Nadu for 4 assembly seats. These 4 seats are considered crucial for the two major political parties in Tamil Nadu. One is the ruling AIADMK, and the other is the main opposition party DMK. It is only because of this there was a  fierce campaign by Chief Minister Palanisamy and Stalin.

Why is the elections today conducted today for 4 assembly seats in Tamil Nadu?

In the last assembly elections in 2016 AIADMK led by the late Jayalalitha formed the Government winning a comfortable 134 seats.  DMK got 89 seats and its ally Congress 8 seats. But the assembly arithmetic of Tamil Nadu changed with the demise of Chief Minister Jayalalitha. 18 MLAs were  disqualified by the speaker for supporting TTV Dinakaran. Elections to these 18 seats were conducted along with the parliament elections on 18th April.  Out of the 4 constituencies going for elections today 3 are conducted after the cases against them were disposed of by the respective courts. The election to Sulur is because of the recent demise of its AIADMK MLA R.Kanagaraj.

Out of the 234 assembly seats in TN assembly, 118 MLAs support is essential to form Government.  Right now  the position of TN Assembly is DMK and Congress are alliance partners, and Congress is bound to support DMK, and hence the total count of its alliance is 88 + 8 = 96  IUML will support DMK and thus their total goes to 97. Now the AIADMK has to win a minimum of 5 seats out of the 22 seats to remain in power. If the DMK wins 20 seats they get a majority in the assembly.

The results on 23rd May will decide the fate of Palanisamy to continue as Chief Minister or not.